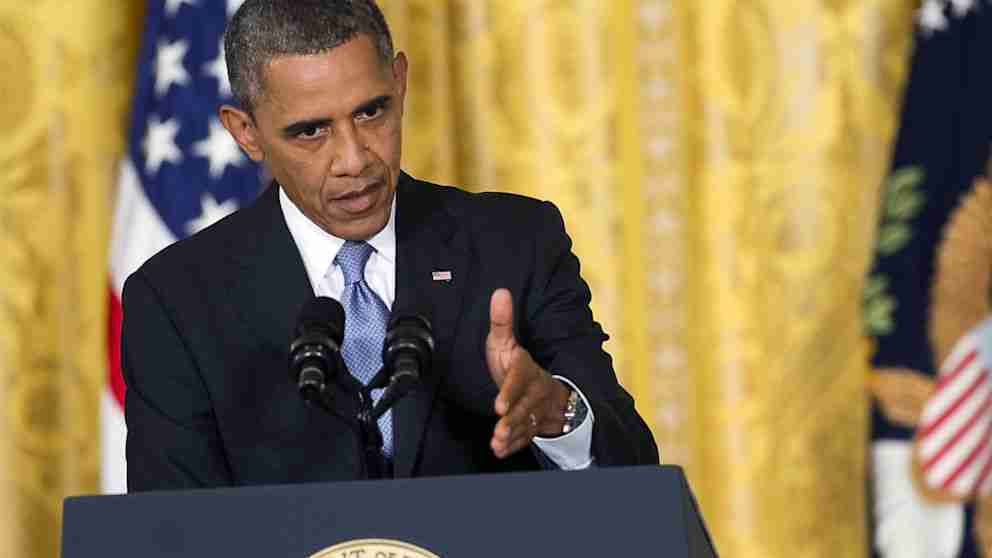 WASHINGTON (AP) – President Barack Obama appealed anew on Thanksgiving Day for acceptance of Syrian refugees, saying “so much of our greatness comes from our generosity.”

In his weekly radio address broadcast Thursday, Obama noted his commitment to accept an additional 10,000 Syrian refugees this year and argued that the policy is in keeping with U.S. tradition.

“Nearly four centuries after the Mayflower set sail, the world is still full of pilgrims,” he said, “men and women who want nothing more than the chance for a safer, better future for themselves and their families. What makes America America is that we offer that chance.”

He said he has been “touched by the generosity of Americans who’ve written me letters and emails in recent weeks, offering to open their homes to refugees fleeing the brutality of ISIL (Islamic State group).”

Obama’s plan to receive thousands of additional Syrian refugees has come under heavy criticism in Congress and has become a key part of the 2016 presidential campaign rhetoric in the wake of a series of attacks Nov. 13 on Paris. Some on Capitol Hill, voicing concerns about homeland security, are pressing for legislation further tightening the conditions under which refugees can be admitted.

“Now, people should remember that no refugee can enter our borders until they undergo the highest security checks of anyone traveling to the United States,” Obama said. “That was the case before Paris, and it’s the case now. And what happened in Paris hasn’t stopped Americans from opening their arms anyway.”

“We turn Lady Liberty’s light to the world, and widen our circle of concern to say that all God’s children are worthy of our compassion and care,” the president said. “That’s part of what makes this the greatest country on Earth.”

Next post France bans visiting fans from all soccer games