Michelle Obama was regal before she became FLOTUS 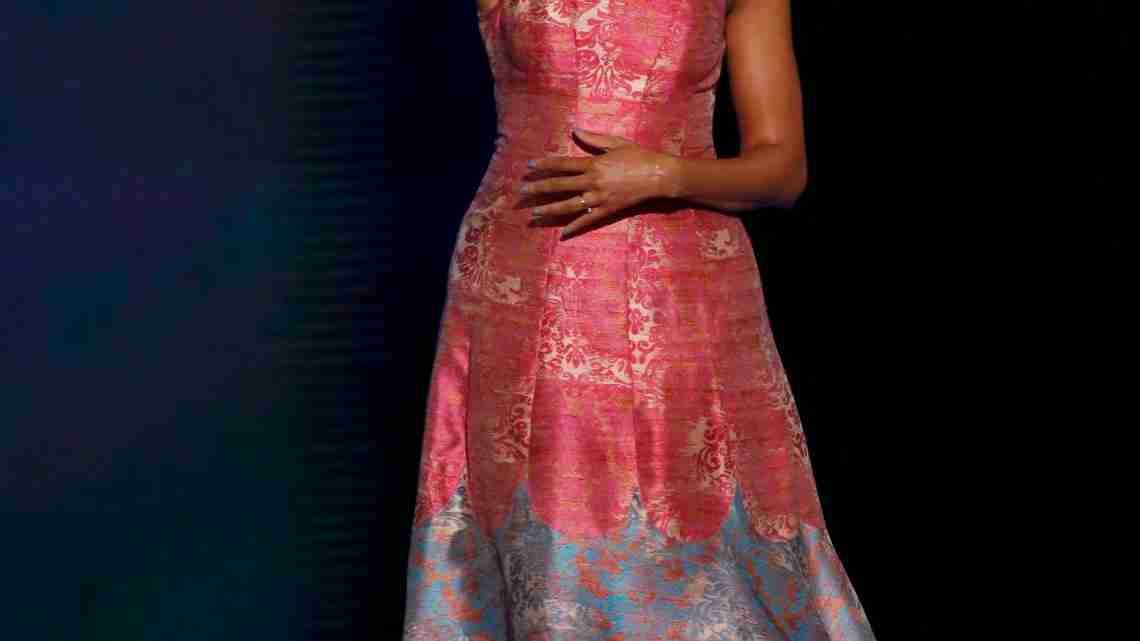 “Before she was the First Lady of the United States, she was already Michelle Obama.”

That statement by South Florida Times Advertising Director Michele Beatty is one of the most powerful descriptions she could give to the woman with whom she shares a name.

In essence, Beatty was saying the 44th First Lady of the United States (FLOTUS) was a regal “Woman-In-Chief” before she ever entered the White House. Who wouldn’t agree with her?

Just last week on International Women’s Day, the former FLOTUS and POTUS released a personal letter from a young Indian woman named Sindhu who shared how much Obama inspired her to use her life to serve others. It read:

“One day in September of 1996, an idealistic 17 year-old Indian girl was inspired while sitting in a chapel. She didn’t remember the name of the woman who spoke. But she will never forget the fire that was lit to make something of her life, and to use that life to serve others. That week, she signed up to be a volunteer at the hospital and signed up for an after-school program teaching creative writing and literature for underserved children in the community. … That 17-year-old was me. I later found out that the inspirational powerhouse of a woman who spoke was Michelle Obama.”

Not only is Sindhu’s letter a testament to Beatty’s statement, she is likely the voice of countless women whom Obama has inspired to greatness.

On her Instagram page, Obama expressed how moved she was by her visit.

“Celebrating the beauty and diversity of our country on this #InternationalWomensDay with some of the many fierce and promising girls here at DC’s Cardozo Education Campus. … The girls I met with today are ready to take on the world. We’ve just got to make sure that the world is ready for them,”

Many of the young women burst into tears, with 16-year-old Ayanna Morgan expressing disbelief.

“It meant a lot for the most important person in my life to come here and say that,” Ayanna told the Post “I have always looked up to her. It was crazy.”

Though she has made history by being the first black FLOTUS in history, Obama’s legacy is far from complete. She knows well the story of rising from meager beginnings and continues to encourage others to aspire to greatness.

Born Michelle LaVaughn Robinson on January 17, 1964, Obama hails from the Southside of Chicago, Illinois. She was raised in a small bungalow by her parents Fraser Robinson, a city-pump operator and a Democratic precinct captain, and her mother, Marian, who was a secretary at Spiegel’s until she decided to stay home to raise Obama and her older brother, Craig Robinson.

They were a close-knit family, typically sharing meals, reading and playing games together. Robinson and Obama were 21 months apart and often mistaken for twins. They shared close quarters, sleeping in the living room with a sheet serving as a makeshift room divider. Their parents emphasized education, and as a result, both learned to read at home by age four and skipped the second grade.

Obama often told the story of how her father was faithful and took great pride in always paying his portion of her tuition, despite it being a small amount.

A MATCH MADE IN HISTORY:

In 1989, while working as an associate in the Chicago branch of the firm Sidley Austin, she met her future husband, Barack Obama, a summer intern to whom she was assigned as an adviser.

Initially, she refused to date him, believing their work relationship would make the romance improper. She eventually relented, however, and the couple soon fell in love.

Two years later Barack proposed and the couple married at Trinity United Church of Christ on October 3, 1992. Their daughters, Malia and Sasha, were born in 1998 and 2001, respectively.

In 1991, Obama left corporate law to pursue a career in public service, working first as an assistant to Mayor Richard Daley and then as the assistant commissioner of planning and development for the City of Chicago.

She became executive director for the Chicago office of Public Allies in 1993 and associate dean of student services at the University of Chicago in 1996. While there she developed the school’s first community-service program.

Obama went on to work as executive director of community relations and external affairs at the University of Chicago Hospitals and was appointed vice president of the same department at the university’s medical center in May 2005. She continued to work part-time in this capacity until shortly before her husband’s inauguration as president.

Obama was instrumental in helping her husband win the presidency. In 2007, she scaled back her own professional work to attend to family and campaign obligations during his first run for the Democratic presidential nomination. When they were out on the trail, they would leave their daughters with their grandmother Marian, Michelle’s mother.

Barack Obama eventually won the nomination and was elected the 44th President of the United States. He was sworn in on January 20, 2009 and reelected in 2012, after a challenging race against Republican presidential nominee Mitt Romney. Michelle had diligently campaigned on his behalf, traveling the country, giving talks and making public appearances.

During their eight years in the White House, Obama was praised for both her intellect and style.

As the first black FLOTUS, she focused her attention on issues like health and wellness, education, supporting military families, helping working women balance career and family, empowering girls to reach their highest potential and encouraging national service. In 2012, she announced a new fitness program for kids as part of her Let’s Move initiative,.

She has been featured in Essencemagazine as one of “25 of the World’s Most Inspiring Women;”

included in 02138 magazine as number 58 in “The Harvard 100,” appeared twice on the cover of Vogue and made the Vanity Fair and People magazines’ best-dressed lists. She is currently featured in EBONY Magazine’s Special Women’s Issue.

WORDS OF A WISE WOMAN:

In July 2016, on the first night of the Democratic National Convention, Obama spoke in support of Hillary Clinton, who had previously run against her husband during the 2008 primaries. She shared her vision of a progressive America.

“…I wake up every morning in a house that was built by slaves, and I watch my daughters, two beautiful, intelligent, black young women, playing with their dogs on the White House lawn,” she said.

“And because of Hillary Clinton, my daughters, and all our sons and daughters, now take for granted that a woman can be president of the United States.”

On January 13, 2017, Obama made her final speech as First lady at the White House, saying “being your first lady has been the greatest honor of my life and I hope I’ve made you proud.”

In an emotional moment, she addressed young Americans stating, ”I want our young people to know that they matter, that they belong. So don’t be afraid. You hear me, young people? Don’t be afraid. Be focused. Be determined. Be hopeful. Be empowered. Empower yourself with a good education. Then get out there and use that education to build a country worthy of your boundless promise. Lead by example with hope; never fear.”

Previous post When Suzzette Turnbull couldn’t find a job, she created her own