The Color Purple and Lent 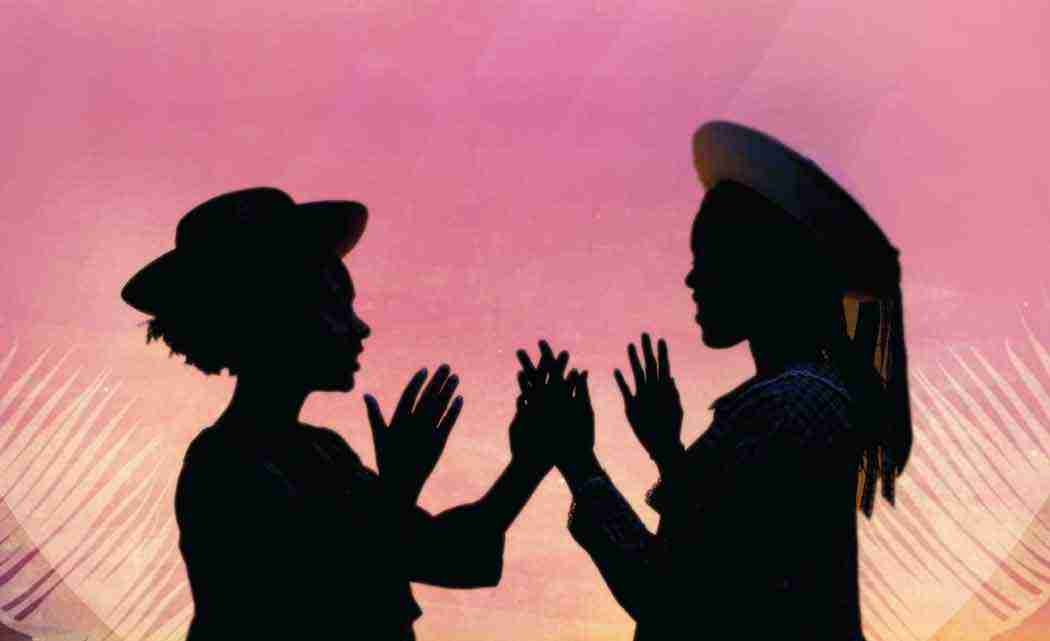 The stage production of writer Alice Walker’s novel The Color Purple being presented in South Florida now during Lent has a strange but wonderful irony. And coupled with the fact that March is Women’s History Month makes the irony eerie and more significant.

In this season of Lent, many worship spaces and visuals are marked by purple. In the Church, the color purple has traditionally been used to symbolize two emphases of the Lenten season. First, purple symbolizes mourning and penitence, in response to the pain and suffering of Jesus in the passion narratives. Second, purple, which in the Roman Empire was a color worn by the Emperor and others in places of authority, symbolizes the royalty of Jesus, and his ultimate victory over death and evil. Coincidentally, according to Rev. Hyemin Na, a United Methodist minister, purple was used to represent the cause of the suffragettes beginning in the early 20th century, and was incorporated as a visual marker in the long struggle against sexism.

In her collection of essays titled In Search of Our Mother’s Gardens, Walker reframed the women’s struggle against sexism through the imagery of color. Introducing the term “womanist,” a word anchored in the linguistic tradition of the black community, Walker opened the door to articulating the differing experiences and levels of oppression existing among women. Here is an excerpt of Walker’s definition:

WOMANISH. (Opp. of “girlish,” i.e., frivolous, irresponsible, not serious.) A black feminist or feminist of color. From the black folk expression of mothers to female children, “You acating womanish,” i.e., like a woman. Usually referring to outrageous, audacious, courageous or willful behavior. Wanting to know more and in greater depth than is considered “good” for one. Interested in grown-up doings. Acting grown up. Being grown up. Interchangeable with another black folk expression: “You trying to be grown.” Responsible. In charge. Serious.

Walker ends the definition of “womanist” with: “Womanist is to feminist as purple is to lavender.”

This distinction in the hues of purple brings to light the additional dimensions of racism and socio-economic marginalization experienced by black women. Embracing Walker’s term, black female theologians have challenged our understanding of theology by speaking of their experiences as those who have experienced sexism from black men, racism from white women, and suffered the systematic socio-economic and political consequences of such oppression. Purple has come to symbolize the anguish and struggles of black women, and broadly, all those who seek to survive and thrive in the midst of multiple modes of oppression. The tradition of womanist theology seeks the holistic flourishing of all people, especially those who are most vulnerable of all gender identities. As such, the color purple simultaneously symbolizes the strength and creativity with which those from the underside of society seek life.

In the first few sentences in her book God Don’t Like Ugly, Teresa L. Fry Brown, professor of homiletics (preaching) at Emory University, presents some of the womanist attributes of the ancestors of America: “Backbone, courage, durability, energy, fortitude, nerve, stability, tenacity, and vitality.”  She also describes her maternal grandmother, “Mama Tessie,” as a woman who lived above negative social and political circumstances while “lovingly creating large dinners out of meager resources, cleaning someone else’s house, greeting the world from her own front porch, praising God from the choir stand every Sunday at the Baptist church, to shopping at stores where we couldn’t try things on.”  These words could be repeated by almost every black family member in America when speaking about the exploits and experiences of our aunties, mothers, big sisters, and godmothers and other strong black women who did the work of laying foundations of faith and hard work for generations to follow.

And many of those neglected accomplishments have come from black women. So many of them have lived and died, but they sacrificed and in many cases changed the course of history. Some of the names and works of these “sheroes” are known, like Rosa Parks, Mary McLeod Bethune, and Maya Angelou. There are others who may not be as familiar to us, like the first African-American woman banker, Maggie Lena Walker, who founded St. Luke’s Penny Savings Bank in Richmond, Va., becoming the first female bank president.

If you ask most young people who their examples are of successful black women, you will more than likely hear names like the legendary Oprah Winfrey or the elegant and graceful first lady of our country, Michelle Obama. But like the other women I’ve mentioned, there are any number of others who are blazing trails in significant ways. So, we pray…

Most gracious and loving God,

In whose Word we find our guidance, and in whose Love we find our healing and joy; rule over our spirits in this month as we celebrate women. We proudly and humbly acknowledge and appreciate women who have throughout our country’s history been the backbone of our strength.  Help us to never forget our journey and instill in each of us the willingness to share our history with our families, our youth, our co-workers and others throughout the year. In the name of Jesus, our potent and preeminent Savior, we pray. Amen.