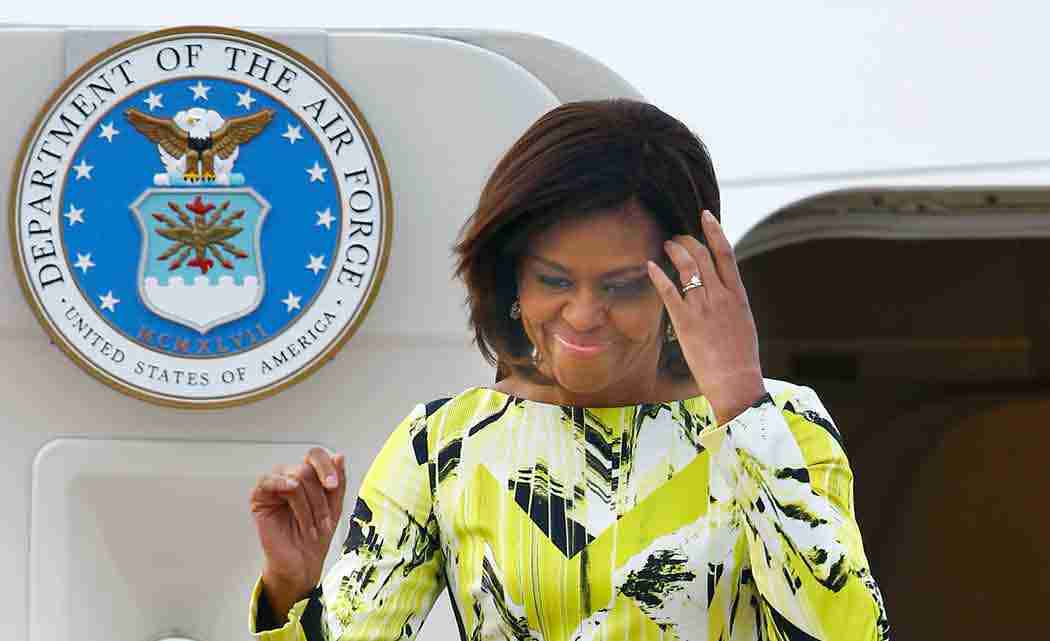 TOKYO — U.S. first lady Michelle Obama is visiting Japan and Cambodia, who are among Asia’s richest and poorest nations, to highlight cooperation on helping girls finish their educations.

The five-day trip that began in Tokyo on Wednesday is Mrs. Obama’s first visit to Japan.

In Tokyo she plans to announce, along with Japanese first lady Akie Abe, a partnership supporting girls’ education. The two will also meet with Japanese university students.

Mrs. Obama will also have separate meetings with Prime Minister Shinzo Abe and with Emperor Akihito and Empress Michiko. She will visit historic sites in the ancient capital, Kyoto, before traveling to Cambodia.

Japan plans to cooperate with the “Let Girls Learn” initiative announced by President Barack Obama and his wife. The community-based aid program, led by the Peace Corps and similar aid organizations, is meant to help get 62 million girls back into school.

White House staff said the program also reflects a U.S. commitment to be more involved in the Asia-Pacific region.

Mrs. Obama will be the first sitting U.S. first lady to visit Cambodia, one of 11 countries participating in the “Let Girls Learn” initiative.

Cambodia’s government is led by Prime Minister Hun Sen, who has a reputation for ruthlessness and little tolerance for dissent. The country also has child prostitution and human trafficking problems.

Evan Medeiros, senior director for Asian affairs at the National Security Council, told reporters that while in Cambodia, Mrs. Obama plans to discuss the need for open and inclusive politics and highlight basic values and principles that are important to the U.S.

Mrs. Obama’s visit is seen in Japan as a “makeup” call after she did not accompany her husband during his state visit to Japan last year. Abe is soon due to make a reciprocal visit to the U.S.

In an opinion piece in The Wall Street Journal earlier this week, Mrs. Obama called it a “tragic waste of human potential” when 62 million girls worldwide are not in school.

“It is also a serious public-health challenge, a drag on national economies and global prosperity, and a threat to the security of countries around the world, including our own.

“This visit is part of a journey that began decades ago, back when I was a little girl,” Mrs. Obama wrote in her online travel journal.

Next post 10 Questions to begin the Madness There’s more to March than a Kentucky coronation ...