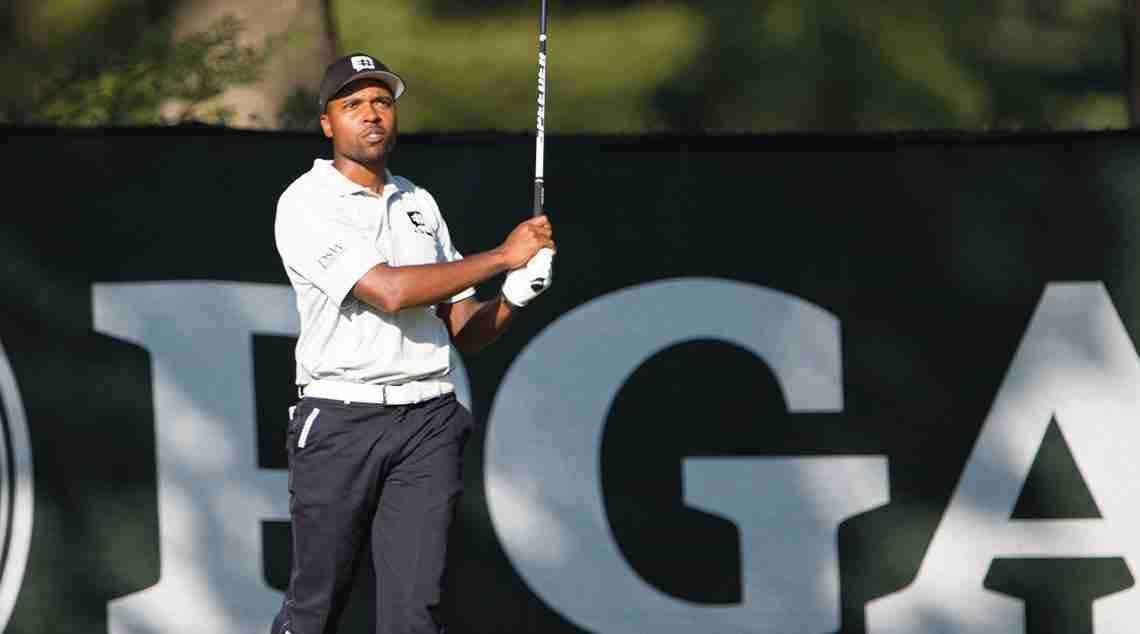 Wyatt Worthington II understood well the task ahead, and the Methodist University graduate knew it wouldn’t be easy.

Worthington and the United States team traveled to the other side of the Atlantic to take on the best of Great Britain and Ireland in the 30th installment of the PGA Cup, the biennial contest of professionals from the PGA of America.

“It’s unchartered territory for me,” Wyatt told NNPA Newswire before the tournament. “There are so many different factors, and I’ve never been to the U.K. before.”

With a steadying hand from U.S. Captain Suzy Whaley, the U.S. team captured the PGA Cup for their ﬁrst overseas victory since 2009.

In doing so, the team arrives home with its second consecutive Llandudno International Trophy and their 19th win in the series against Great Britain & Ireland, dating back to 1973.

Whaley became the ﬁrst woman to both Captain in the men’s PGA Cup and won it. She was also Captain of the victorious United States Women’s PGA Cup Team in its inaugural event in 2019.

“I have been able to do a lot of amazing things in my career, and this ranks right at the very top,” Whaley said.

Whaley and Worthington are clear examples of the PGA’s commitment to diversity.

“I don’t know of anyone in this position as a minority, an African American, to play for the country,” Worthington stated. “It’s a fairytale. An unbelievable experience.”

Recognized in 2019 as one of the game’s “Top 100 Teachers in America,” Whaley counts as the ﬁrst woman elected to serve as an ofﬁcer of the PGA of America, PGA President, and PGA Master Professional.

“I want to make sure that I’m involved with what advances the game and make the game resemble society much more than I think it’s shown,” stated Whaley, who recently took on the title of President of Golf Nation, an entertainment and e-commerce platform.

“I want people to see Golf Nation as a place to go whether they are new in the game, whether they are white, Asian, Black, or Brown,” she insisted. “I want them to authentically see themselves in our programming not because we placed them there but because they love the game. So, we want to showcase them. It’s not ok to not showcase the diversity.”

For Worthington and all golfers, sponsorship remains vital.

It’s the one area in which the game dramatically falls short.

“That’s what changes dreams to nightmares,” Worthington stated. “I’m still in pursuit of getting corporate sponsorship.

To give yourself even half a chance of ma”it in the professional world, sponsorship is everything,” Mark Townsend wrote for the National Golfer Club.

“You’re playing for relative buttons, and it costs hundreds or thousands, depending on which lower-tiered tour you’re attempting to get off, to even tee it up on a certain week,” he noted.

Worthington continues to make a case for sponsorship with his play, helping the U.S. team win the PGA Cup and earlier shooting a remarkable 65 to win The John Shippen National Golf Invitational presented by Rocket Mortgage.

“I’m still in search. I’m still in pursuit,” Worthington proclaimed. “I can deﬁnitely use the help. It’s hard to talk about it because it does make you vul. nerable.”

Meanwhile, Worthington, Whaley, and the Team United States can revel in victory.