When Justice is Criminal 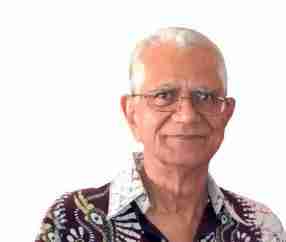 There is criminal justice – and there is justice which is criminal, such as the one which kept Vincent Simmons in prison for 44 years, convicted by a nearly all-European American jury in 1977 and sentenced to 100 years in the attempted sexual assault of 14-yearold twin sisters in Marksville, La. A judge freed Simmons, now 69, on Feb. 14 from Louisiana’s notorious Angola State Penitentiary, ruling that he did not get a fair trial, The Washington Post reported.

Simmons’ case is not unique. Indeed, at least three intellectually disabled men were wrongly held behind bars for decades for crimes they did not commit. One of them, Bobby Moore, was sentenced to death and then resentenced to life in prison in the shooting of a 73-year-old clerk in Houston. He was granted parole in June 2021, the Texas Tribune reported. By then, he had spent 40 years in prison, almost all of it in solitary conﬁnement lasting more than 23 hours a day.

Another, Jerry Hartfield, spent 35 years in a Texas prison, convicted in the 1976 killing of a woman, which he denied committing. A court ruled that his constitutional right to a speedy trial had been violated and a federal Court of Appeals reversed his conviction and ordered that the case be dismissed, the Associated Press reported. Hartfield had confessed to the killing after his fingerprints were found near the scene of the crime but later maintained he was coerced into confessing.

A third, Corey Williams was freed in Louisiana after 20 years following conviction in the killing of a pizza deliveryman. “Williams was an intellectually disabled 16-year-old when police arrested him. His lawyers say that, before the shooting, Williams was hospitalized for extreme lead poisoning, still sucked his thumb and frequently urinated on himself” and that “there wasn’t any physical evidence linking him to the killing,” the AP reported.

Several other people were imprisoned on wrongful convictions, many as teenagers. In Missouri, Kevin Strickland served 43 years in a 1978 triple murder case. “You can’t catch those 43 years. Can’t get them back,” “Strickland later told The Guardian’s Edward Helmore.

Ricky Jackson was locked up for 39 years in Ohio on a murder conviction. “The boy I was before prison, with all his dreams, all his intentions, he died the moment I was locked up,” Jackson told Smithsonian magazine.

Tyra Patterson spent more than 23 years in an Ohio prison for a murder which she insists she did not commit. She was paroled on Christmas Day 2017, Ed Pilkington reported in The Guardian.

In New York, Anthony Broadwater was cleared of the 1981 rape of Alice Sebold after serving 16 years, convicted in a two-day trial, The New York Times reported. Sebold insisted in court that it was Broadwater who assaulted her, even though she failed to identify him in a police lineup and he passed two polygraph tests. She went on to write “Lucky,” a 1999 memoir, and “The Lovely Bones” about sexual assault which sold millions of copies. After the judge set Broadwater free, “he let out a gasp, leaned forward and cried,” The Times said.

In one case, exoneration came too late. In 2010, Rick Perry “became the first Texas governor in history to pardon a dead man,” Beth Schwartzapfel and Hannah Levintova reported in Mother Jones. Tim Cole, whom DNA evidence eventually cleared of murder, died in prison in 1999 at age 39, The Seattle Times reported. By then, he had served 14 years of a 25-year sentence.

Sentences handed down against African American males are about 20 percent longer on average than those given to European American men committing similar crimes, Sarah Ruiz-Grossman wrote in HuffPost. She cited a United States Sentencing Commission report, based on federal prison sentences between Oct. 1, 2011, and Sept. 30, 2016. That compares to 11 percent for 1998 to 2003 and 5 percent for 2003 to 2005. Marc Mauer, director of the nonprofit Sentencing Project, blamed it “not necessarily racist judges” but “decision-making by prosecutors.”

No wonder that, like the “defund the police” campaign there was a drive decades ago to get rid of prisons. It is a demand which college professors Joshua Dubler and Vincent Lloyd revived in a column in The Guardian in 2018. They noted prison “reforms” were proposed during the Trump administration but argued that the proposals would anyhow not have ended mass incarceration.

“Even if tomorrow we release every non-violent drug offender, every ageing prisoner and everyone who is in jail solely because they can’t make their bail – and we should do those things – the United States would still have an incarceration rate on order of magnitude higher than its peer nations,” Dubler and Lloyd said. “To end mass incarceration, we need prison abolition. … When we find our laws enabling barbarism, we must call upon the laws of the gods to abolish them.”

Dubler and Lloyd said people “religious and secular, incarcerated and free, must join together and prophesy justice: a world without prisons, where none is disposable and all are free.”

And where, attorney-activist and author Michelle Alexander told The New Yorker’s David Remnick, there would be an end to “this practice of putting human beings in literal cages, often treating them worse than we would treat a dog at the pound.”

Next post What happened to the Black communities of Polk County