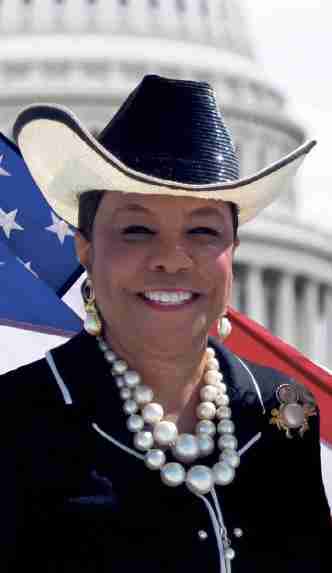 U.S. Congresswoman Fredricka Wilson, a Democrat from Miami, has secured more than $34.2 million in new defense funding for Florida International University (FMU) and Florida Memorial University (FIU) as part of the National Defense Authorization Act for the 2022 ﬁscal year.

"Combined, both universities will receive $34.2 million with the potential of over $135 million over the next four years,” Wilson said.

“This critical funding that I fought to secure will be used for cuttingedge defense programming and technology,” Wilson added, “providing South Florida students greater exposure to aerospace and advanced research ﬁelds while closing gaps in access and diversity."

The funding, approved by the U.S. Senate on a 88-11 vote this month, could particularly help FMU, Miami-Dade County’s only historically Black college or university (HBCU), which is experiencing budget problems.

Florida Memorial’s board of directors voted in November to cut about 18 undergraduate degree programs and 80 employees, to reduce by 10 percent the salaries of employees who earn $60,000 or more a year, and to eliminate vacant staff positions.

According to university ofﬁcials, a study revealed some programs had fewer than 20 students enrolled, with an average of fewer than ﬁve students graduated over ﬁve years.

The programs the board voted to discontinue as the result of the study were schools of education, business, sciences and arts.

The Miami Gardens school said the new funding will support the school’s aviation and STEM programs.

Wilson’s efforts “will now change the lives of hundreds of students, elevate our research efforts, and produce talented graduates to meet the current and future workforce needs," the HBCU said in a statement.

The funding will also support a 2.7 percent pay raise for both military servicemembers and the DOD civilian workforce; strengthening and securing the national supply chain and supporting the defense industrial base; establishing a commission on Planning, Programming, Budgeting, and Execution (PPBE), to provide an independent review and assessment of the PPBE process of DOD; and advancing the Department of Defense’s cybersecurity strategy and capabilities among other programs.

“I am pleased that the Senate has voted in an overwhelming, bipartisan fashion to pass this year’s defense bill," said Senate Armed Services Committee Chairman Jack Reed (D-RI) in a statement. “Our nation faces an enormous range of security challenges, and it is more important than ever that we provide our military men and women with the support they need to keep Americans safe.

“To that end, this bill makes great progress,” Reed said. “It addresses a broad range of pressing issues, from strategic competition with China and Russia, to disruptive technologies like hypersonics, AI, and quantum computing, to modernizing our ships, aircraft, and vehicles. It provides our forces with the resources and support they need to defend our nation, makes historic reforms to help improve the lives of our servicemembers, and takes important steps to care for their families.

Reed added: “I am grateful to Ranking Member (Jim) Inhofe for his admirable leadership, thoughtfulness, and partnership throughout this process. I am proud to now send the NDAA to President Biden for his signature.”

Next post Final goodbye: Influential people who died in 2021