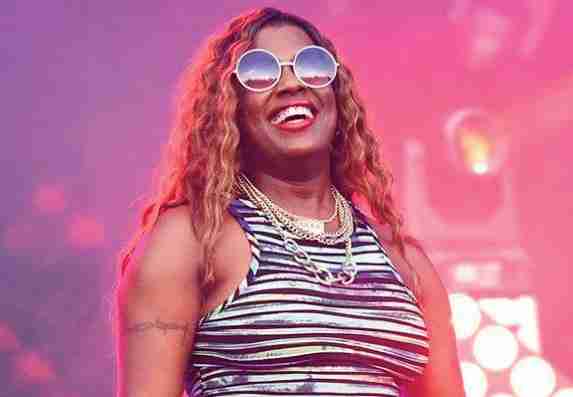 LOS ANGELES (AP) – Gangsta Boo, a Southern rapper who was a former member of the hip-hop group Three 6 Maﬁa, has died. She was 43. Lola “Gangsta Boo” Mitchell was found dead Jan. 1 in Memphis, Tennessee, her hometown. The cause of death has not been released.

“The Mitchell family would like to thank everyone for their condolences regarding the untimely death of Lola `Gangsta Boo’ Mitchell,” said the rapper’s mother Veronica Mitchell and family in a statement issued Monday. “The family is asking for your continued prayers and privacy as we process the loss of our loved one.” The rapper launched her career at age of 14 when she was noticed by DJ Paul, a founding member of Three 6 Maﬁa. By 15, she joined the rap collective, which included notable members DJ Paul, Juicy J, Crunchy Black and Lord Infamous.

Gangsta Boo gained instant notoriety with her shoot-from-the-hip, rapid-ﬁre rap flow on Three 6 Maﬁa’s 1995 debut album “Mystic Stylez,” which became a cult classic. She appeared on ﬁve more of the group’s albums, including “Chapter 2: World Domination” and the platinum-selling “When the Smoke Clears: Sixty 6, Sixty 1.”

In 1998, she branched out with her debut solo album “Enquiring Minds.” The album was highlighted by “Where Dem Dollas At,” featuring Juicy J and DJ Paul.

After Three 6 Maﬁa released “Choices: The Album” in 2001, she left the group to focus on her solo career. She dropped her sophomore album, “Both Worlds *69,” which reached No. 29 on the Billboard 200 chart. Her third album, “Enquiring Minds II: The Soap Opera,” was released in 2003.

During her career, Gangsta Boo collaborated with popular artists including OutKast, Eminem, Gucci Mane, Lil Jon, E-40 and T.I. This year, she appeared on Latto’s “FTCU” that also included GloRilla.

Last month, Gangsta Boo said she was on the verge of releasing her fourth studio album “The BooPrint,” this year. Last week, she ﬁlmed an unreleased video, “Imma Mack,” with producer Drumma Boy.