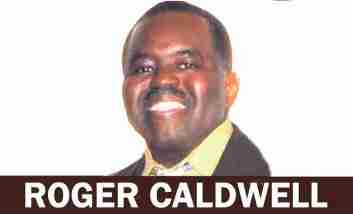 President Biden never stops working, and when you think a bill is dead, it reappears with a new name. Initially the social spending bill last year was a $3.5 trillion plan that Senator Joe Manchin was not in favor, and it died many different times. But President Biden understands compromise, and getting something is better than getting nothing.

“This bill is far from perfect. But that’s often how progress is made by compromise. And the fact is that my message to Congress was this: this is the strongest bill you can pass to lower inflation, cut the deficit, reduce health care cost, tackle the climate crisis and promote energy security, while reducing the burdens facing working class and middle class families,” says President Biden.

Many Democrats wanted more, but sometimes you must know when to stop and agree. This deal was kept in the dark and Senator Chuck Schumer and Senator Joe Manchin are two old foxes who know how to negotiate and win. Finally, there is a bill on the table, and this week the Democrats must get it over the finish line.

The bill will be voted on this week in the House and we will win, because there is a majority of Democrats. In the Senate the bill should win because it is a reconciliation bill, and you need only 50 votes, with the Vice-President breaking the tie. This was an abrupt deal, and the Republicans are mad and upset with Senator Manchin, but in the final analysis he considers himself a Democrat. There are times when Senator Manchin is a renegade, and the Democrats are never sure if he will vote with other Democrats.

This bill will lower health care cost for millions of Americans, and it is the most important investment ever made in our energy security. The plan also allows Medicare to negotiate prescription drug prices and extends expanded Affordable Care Act subsidies through 2025. It will also raise $313 billion by imposing a 15% corporate minimum tax on large corporations.

As the Republicans keep looking for the problems that the president is creating, they fail to look at the things the president is doing right. The president’s administration has created almost 9 million new jobs and this new Inflation Reduction Act will address the jump in consumer prices by paying down the national debt and lowering health care and energy cost.

“I know it can sometimes seem like nothing gets done in Washington … The work of the government can be slow and frustrating, and sometimes even infuriating. Then the hard work of hours and days and months from people who refuse to give up pays off. History is made. Lives are changed. With this legislation, we’re facing up to some of our biggest problems and we’re taking a giant step forward as a nation,” says President Biden.

President Biden is a man with a vision for America. Nothing comes easy worth having, and Biden keeps fighting. Everything is about those long nights when everyone is in bed sleeping.

Since President Biden has 19 months of economic growth in the country, the Republicans are threatening that the economy is slowing down. Many are calling this a recession, to get Americans scared that something unpleasant is getting ready to happen to the economy.

In the last two quarters the nation’s gross domestic product fell at an annual rate of 0.9%. The economy is strong and the nation is on the right path with the economic recovery.

This week will be hard work because the Democrats must get the Inflation Reduction Act over the finish line. With the influx of new tax money from the large corporations the economy will be fine.