‘Black Noah’ saving animals one creature at a time 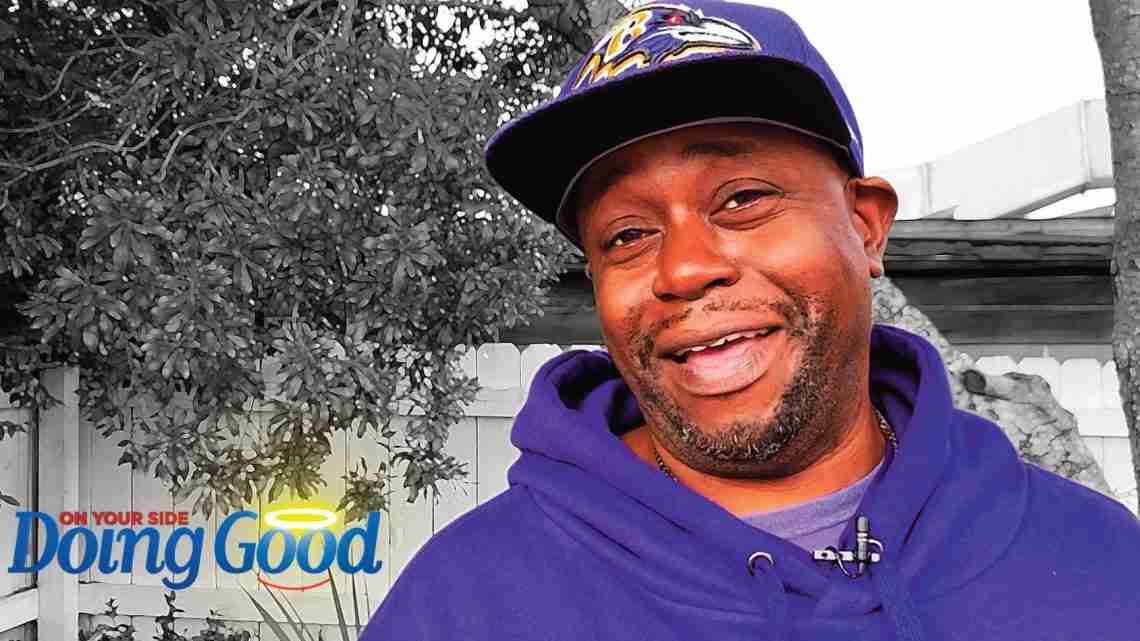 He pulls up in his SUV, which is wrapped with photos of dogs and cars and a big SOCAT logo, to a spot in Bessemer where we agreed to meet. He tells me to follow him to his largest cat colony – a home about four blocks away, where anywhere from 15 to 17 cats wait on him to bring food each day.

On the way, he stops abruptly.”I think that dog is dead,” he yells from his car window.

We stop in front of a house with dogs chained up outside and a puppy collapsed on the front step. As Tucker approaches, the puppy stands up, and Tucker knocks on the door.

Tucker grew up in Bessemer as a”troublemaker,” he said. He turned his life around in his mid-20s, after hanging around the wrong people led him to ﬁnding God.

After changing his life and becoming a”very religious and spiritual person,” Tucker spent 11 years working as a counselor for children with autism and adults with psychosis disorders at Glenwood.

“I didn’t like cats at the time,” Tucker said.”I wasn’t an animal person at all.” But there was something about the little gray kitten that approached him outside the building that drew Tucker in.

“Just the way he looked at me, it just did something to me.”

After 45 days of feeding the kitten, Tucker took him home and named him Henry. That was when his life changed forever.

Tucker supposes the cats he stops to feed now where always there; he just didn’t pay attention.

“I just started seeing cats everywhere. I’m pretty sure I had seen them before, my eyes were just closed. But now my eyes were opened,” Tucker said.

Now, he couldn’t stop seeing them. Tucker started feeding the cats he saw on the street, and then began trapping them – a practice commonly known as TNR or trap, neuter, return – and rescuing them. He founded SOCAT (Saving One Creature at a Time) Rescue in 2016 and since its founding, Tucker has TNRed more than 800 cats, and found homes for 154 cats and 64 dogs. That’s not including the pig or two alpacas he successfully rehomed, too. “This is God’s work. It’s not my work,” Tucker said.

When the cost of buying cat and dog food and paying for medical care became too much, Tucker got a second job at Advance Auto Parts. He would have rather ended up on the streets with the cats he takes care of than not have enough money to feed them. He worked the two jobs and ran his rescue organization for three and a half years. That was before his followers came along.

Social media has been a saving grace for Tucker. When his (at)blacknoah1 Instagram account started gaining followers, he started getting more donations. The trend continued, and in 2020, Tucker said he got enough followers and enough donations to pay for the animals’ care.

He calls his followers Team Black Noah, and his Instagram page currently has over 67,000 followers.

“They make all this happen,” he said, adding that he wouldn’t be able to support the amount of animals he does now without their attention and donations.

In 2021 Tucker started working full time for SOCAT, spending about four hours each day making his”rounds” – 20 stops to feed cat colonies across Birmingham, Bessemer and nearby towns. Many of these cat colonies are made up of felines Tucker has already had sprayed or neutered, but were too feral to be socialized and were released back to their colony.

In addition to the scheduled stops, he spends hours checking on animals that he’s gotten tips about, whether it’s trying to catch a stray dog or visiting a house like the one we stopped at ﬁrst, asking owners if there’s anything he can do to help provide for their pets.

Another part of Tucker’s job is to help change the narrative people have about their animals, particularly dog owners who use chains to tie their dogs up outside in the elements and without room to move.

“I think it’s a lack of education. I think it’s a lack of funds,” Tucker said, adding that many people only get dogs to leave outside as security systems. When he sees a situation like that – like the ones he gets tips about, or he drives past – he approaches the situation with tact and a respectful tone. “I don’t go pointing the ﬁnger,” Tucker said.”I go as an ally,” he said. An ally to the animals, and an ally to those who need help caring for them. He offers supplies, food, and education, and comes back on a regular basis to check on the animals.

When it comes to changing people’s minds about their pets, Tucker again gives the credit above.”God gives me the words to say. I’m just the vessel, I’m just boots on the ground. This is his work.”

Tucker’s home – the ark, as he calls it – is divided based on its levels. The bottom three bed, two garage area is home to the animals he is trying to ﬁnd homes for. The upstairs is home to he and his own four cats: Raphael, The Raven, Sylvester and Henry.

At the time we spoke, Tucker had 19 cats waiting on forever homes. He calls the Ark a”center for protection” for the animals, a guaranteed place of shelter and food.

Tucker has made strides in helping four-legged (and sometimes just threelegged) creatures, but he said his work isn’t ﬁnished.

“My sole purpose in life is to save as many animals as I can.”