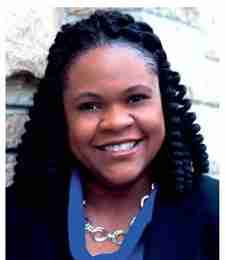 Today at 11 a.m. Dr. Yolanda Pierce will make history as the first woman to be installed as Dean of Howard University’s School of Divinity. The installation service will take place in Dunbarton Chapel in Houston Hall on the West Campus.

“We are excited to have Dr. Pierce installed as the 16th dean and first woman to serve as the dean of the School of Divinity,” said Provost Anthony Wutoh. “We look forward to the working together to further the legacy of the Divinity program.”

The speaker for the installation service is author and political commentator Dr. Melissa Harris-Perry, the Maya Angelou Presidential Chair, executive director of the Pro Humanitate Institute and founding director of the Anna Julia Cooper Center at Wake Forest University.

“The installation of Dr. Yolanda Pierce as the sixteenth dean and first woman to hold the position is a watershed moment in the life of Howard University and Howard University School of Divinity,” said Renee K. Harrison, Ph.D., associate professor of African American and U.S. Religious History.

“Dr. Pierce’s leadership, scholarship, and religious commitments are emblematic of those clouds of women witnesses, often hidden or overlooked, that trail-blazed, sacrificed and contributed to the life of the Academy, Church and human communities from American slavery to present.

Dr. Pierce’s presence arches us closer toward the mark of honoring women in leadership and also becoming more intentional about women serving in significant decision-making positions in the Academy and Church in the 21st century.,” Harrison continued. “We have been gifted with the leadership of an innovative woman activist-scholar of faith and excellence forging us, in truth and service, into the millennium in light of the current and impending socio-political and economic climates.”

She maintains a public intellectual presence through her blogs, frequent appearances on television and radio and writings for magazines and newspapers.

Believing that teaching and scholarship are meaningful only if they truly enhance people’s daily lives, she works tirelessly to bridge the gaps between pulpit, pew and academy. A native New Yorker, Pierce was raised in the Church of God in Christ and still maintains a close connection to her Pentecostal roots.

“With fervent expectation and deep gratitude in the sesquicentennial year of Howard University, we welcome the installation of Dr. Yolanda Pierce …” said Cheryl J. Sanders Ph.D., professor of Christian Ethics. “Her commitment to social justice advocacy and visionary theological education streams significantly from the contributions of the 15 deans who preceded her. Dr. Pierce is embracing this new leadership challenge at Howard with tremendous energy, vision and visibility. Her installation is a landmark celebration and a noteworthy milestone for the future of theological education in the United States and beyond.”

Howard University was established on March 2, 1867, by an act of the 70th Congress. The act provided for the creation of a theological department. In 1870 a new academic unit for theological education was established. The Association of Theological Schools accredited the unit in 1940, and in 1971, it became a member of the Washington Theological Consortium.

Today, the School of Divinity is one of the 13 schools and colleges within Howard University and is the only African-American theological school connected to an institution of higher research activity.