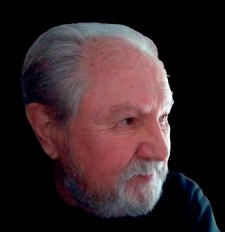 The idea that America is a Christian Nation is a modern myth. The founding documents do not mention Christ or scripture. While the word “God” appears in the opening of the Declaration of Independence, it refers to “Nature’s God,” the god of Deism.

The phrase “IN GOD WE TRUST” was not seen on our currency until 1864. And the words “under God” were wedged into the pledge of allegiance in 1954, nearly 200 years after the Declaration of Independence, our Constitution and the Federalist Papers were written. These insertions, these afterthoughts, would not have been endorsed by the Founders. Our nation is grounded in belief, but that belief is in human nature, in humankind’s ability to reason. The Founders embraced the ideas of Locke, Voltaire, and Hume – the secular humanism of the Enlightenment – far more than the earlier beliefs in the Christianity they knew from Europe, linked to the militarized power of the nation-state. Some were deists and some were members of various Christian denominations; they expressly decoupled church and state and guaranteed freedom of religion, including freedom to hold none at all. They created a democracy that did not use religion as a foundation for governance.

The principles of equality, freedom, and democracy were developed by the political philosophers of the Enlightenment, not by the strains of nearly dictatorial Catholicism of that period and earlier, nor by the repressive Puritanical tyranny anathema to America’s Founders.

When Jefferson wrote “We hold these truths to be self-evident, that all men are created equal, that they are endowed by their Creator with certain unalienable Rights, that among these are Life, Liberty and the pursuit of Happiness," he was echoing the rising sentiments of deﬁning personal freedom of citizens, not more religion imbuing royals with power over subjects.

Nonetheless, evangelicals promote and hold dear this modern myth of a Christian nation and are convinced that Christian belief transcends our Constitution. The most striking example is abortion. While acceptable under US law and a constitutional right for nearly 50 years (Roe v Wade, 1973), evangelicals believe it to be a violation of divine law and campaign for its prohibition.

They presume that their personal religious beliefs should be imposed on all Americans. What others think is not a consideration, even when the others are the majority.

Galileo and Darwin, among others, proved long ago that Christian belief has often been wrong. Yet the wrongheaded evangelical crusade to overturn Roe v. Wade has made remarkable progress and may succeed.

Supported by dark money and a string of unethical Senate maneuvers they now have a conservative Supreme Court, and cases tailored to that purpose. Six of the nine justices are Catholic. And Catholics, often indoctrinated from early childhood, hold that abortion is a violation of God’s law. Barret and other justices plead impartiality but clearly their presence on the court has stacked the deck…something that neither the founders nor Jesus would approve.

While I, and everyone I know, believe that to some degree abortion is wrong, belief is not reason enough to deny women the right. That most personal decision belongs only to the women who must make it.

Courts are obliged to render decisions based on reason and evidence alone, not subjective, personal beliefs. And so, the Supreme Court must put religious belief aside when ruling on the validity of the Mississippi and Texas laws now before them, laws that have obviously been designed speciﬁcally to advance a religious view and circumvent women’s rights.

In the end this fundamentalist cause is hopeless. An illegitimate Supreme Court may well overrule Roe, but the effect will be temporary. Like prohibition, this decision, if taken, will be overturned by a future court, one that respects precedence and our constitutional rights, or by an act of congress. It will only be a matter of time.

Efforts to prohibit abortion, like the prohibition of alcohol consumption, are simply not aligned with public opinion. After the disastrous experience with alcohol prohibition, which evangelical conservatives also promoted one hundred years ago, they should realize that imposing an arbitrary and moralistic view that infringes the rights of the majority is not something our society should or will tolerate.

Bob Topper is a retired engineer and is syndicated by PeaceVoice.

Next post Premature birth awareness Alphas, March of Dimes give it a boost

Previous post Accountability was evident in Arbery’s case, but not justice