Accountability was evident in Arbery’s case, but not justice 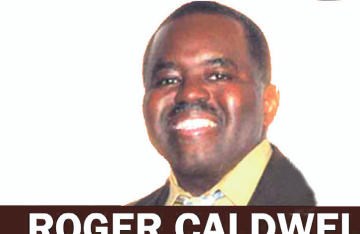 The justice system worked, in the Ahmaud Arbery case after 74 days, because it was forced and pushed to do its job. There is very little to be satisfied with from the judicial system, when two District Attorneys, Jackie Johnson and George Barnhill have worked with one of the suspects on a daily basis, and they prevented the police from doing their job. Former District Attorney Jackie Johnson has been charged with breaking her oath, but for 74 days the entire Glynn County was not executing their responsibilities.

For two and a half months three murderers were allowed to walk around free, and brag about their actions. The system only worked, because thousands of protesters, truth tellers and national activists forced, and pushed the system to expose the truth. There also was a video that was leaked, which forced the county to take action.

When we think of justice in America, this case was an example of why the system is broken and flawed and must be reformed. Instead of working to expose the truth, the first two district attorneys were fighting to protect their friends, and hide the evidence.

Initially, it appeared that the dead Black man was the killer, and the criminal, and the three white men had acted in self-defense, and it was not necessary to have a trial. In this case, the killers were comfortable telling the investigators that they said, “Stop you know, I’ll blow your f…ing head off.”

There is something in the white men psyche that they believe there is nothing wrong with killing Black men/people, because they have a badge, gun, and uniform. On Feb. 23, 2020, these three white men were going hunting for a Black man, and they had their shotguns.

In America there are hundreds of cases on a yearly basis, where police and local citizens are not charged, because they are white or a policeman, and the person they killed was Black. Many times there is no video or factual evidence, and there is a big cover up. Ninety percent of the time, the legal system works for white folks, and they expect it to work one-hundred percentage of the time.

Many of these murders are modern day lynchings, and the evidence is swept under the rug. The Ahmaud Arbery’s death was a case where one such incident existed. In this case there were three white men, Travis McMichael 35 son, Gregory McMichael 65 father, and neighbor William Bryan 52. In this case according to the District Attorney, it was not necessary to create a crime scène, or do a criminal investigation, because the three men were innocent.

As pressure mounted from across the country, internationally, and the federal government, the three men were charged with murder and aggravated assault. Even though many around the country are calling this trial a victory for justice, with a different judge the killers could have got- off free.

There was a jury with 11 whites and one Black, which many in the country thought was racist, and the defense kept asking for a mistrial. The defense used reverse racism for the white killers, and tried to claim the criminals could not get a fair trial.

It is very difficult to consider this trial a win for the justice system and the legal system. This trial was a win for accountability, and exposed the corruption in the judicial system. Racism is alive and well in Glynn County, and there is a need for more organizations to fight corruption, and help reform the legal and justice system, all over America.

Previous post With Earth ailing and humankind in distress, rivalry for power and profits intensifies in space