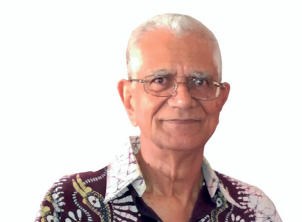 The schizophrenia surrounding humankind’s attitude towards space was demonstrated when Russia shot down one of its own satellites on Nov. 15 to afﬁrm its capability in any war among the stars. Just around then, the United States National Aeronautics and Space Administration (NASA) coincidentally announced that it will launch its James Webb Space Telescope into orbit this month from Kourou, French Guiana, courtesy of the European Space Agency, Eric Berger reported in Ars Technica. The telescope, named for a former NASA administrator, will succeed the aging Hubble. It was ﬁrst conceived of 25 years ago and has cost $10 billion to make, involving 1,200 scientists, technicians and engineers from 14 countries and more than 28 U.S. states, according to The Smithsonian.

It “will help astronomers understand how young galaxies form, peer through clouds to examine how stars take shape, study exoplanets and observe nearby celestial objects, including planets within our own solar system,” New Scientist reported. It will also be able to look more than 13 billion light years into deep space; light travels 186,000 miles per second so what it sees will be a mind-boggling 13 billion light years old.

The United States, of course, has no intention of yielding domination of space to the Russians, satellite-killer notwithstanding. The U.S. Space Command, the newest branch of the military, with its own Spacepower military doctrine, is intended to deter aggression and project combat power.

Of course, the race for military superiority in space is not new. The U.S. detonated a nuclear warhead in space over the Paciﬁc in 1962 and the then Soviet Union has done so as well. Thousands of satellites have been launched into space. The U.S. and Russia, along with China, France, India, Iran, Israel and North Korea have created military space programs, Harper’s Magazine reported. The possibility a confrontation has in fact sparked a review of the hopelessly outdated 1967 Open Space Treaty.

Those programs are here to stay and humankind has to live with the ongoing diversion of massive resources by several nations to ﬁnance this extension of the arms race. But while it is happening, other resources are being pumped into a different kind of space activity. A trio of billionaires has already joined the space-based economy which Hickman mentioned: Richard Branson of Virgin Atlantic, Jeff Bezos of Amazon and Elon Musk of the Space Exploration Technologies Corporation (SpaceX). Together, they are worth a half-trillion dollars.

Branson is into tourism above the clouds. So is Bezos but his desire is to see “millions of people … living and working in space to beneﬁt Earth.” He wants to relocate heavy industry up above and keep Earth as the home planet and base of light industry, A.M. Gittlitz reported in The Nation. Musk, meanwhile, has developed a spacebased broadband project, Starlink, which has already launched more than 1,700 satellites into space for an internet in the sky.

But Musk, who is also doing business with NASA and the International Space Station, dreams even bigger: colonizing Mars to make humans a “multiplanetary species” as a matter of survival, once he ﬁgures out how to tunnel under the Martian surface to build “the city of Nüwa,” according to interestingengineering.com. The city would be for those who can afford the $300,000 for the oneway ticket and a condo, Popular Mechanics reported.

The choice of the name Nüwa is particularly instructive. It belongs to a Chinese goddess who is said to have created humankind from clay in an upper class and a lower class. She is also credited with repairing the pillars supporting heaven that were broken during a war among deities.

None of those grandiose plans can cater to all the 7.7 billion – and counting – Earthlings, including the tens of millions of Americans and hundreds of millions elsewhere who have little or no food, shelter or clothing, the 80 million refugees struggling to survive in ghastly camps in mostly hostile countries or the tens of millions already being severely affected by worsening global warming. The super-powers and the super-rich are looking skyward when the “ﬁnal frontier,” to borrow a “Star Trek” phrase, is right down here.

The entrepreneurs are being driven, Gittlitz argues, by “the anxieties of the one percent” who have realized this fact: “Elite schemes of private islands and apocalypse bunkers no longer seem adequate to repel the inevitable billions of climate and war refugees, unemployed and precarious workers, and everyone else immiserated by the barbarity of the current order.”

In fact, the time is long gone when humans could dream, following the historic landing of the Soviet Union’s Luna 2 spacecraft on the moon on Sept. 13, 1959, that space exploration and the attendant technological advances would liberate them from daily drudgery to pursue leisure and the arts.

While the war-mongers get ready for possible confrontations in space, the “elites” such as Branson, Bezos and Musk had an opportunity to do something else with their wealth. For example, each could have adopted a community and made investments establishing development banks, ﬁnancing companies and small industries, launching housing development corporations and expanding and upgrading educational and recreational facilities, rather than indulging in what Richard Luscombe, writing in The Guardian, called “their futuristic game of cosmic one-upmanship.” If each had set aside even $1 billion for a community’s development, it would not have been missed. They still can.

Whether wealth has come from “material-based” or “technology-based” resources, as Yuval Noah Hariri called them in his book “Home Deus,” then President Barack Obama reminded corporate America on July 13, 2012: “Somebody helped to create this unbelievable American system that we have that allowed you to thrive.”

Good old Earth can use some of the Nüwa cities which Musk plans for Mars.

Next post Accountability was evident in Arbery’s case, but not justice