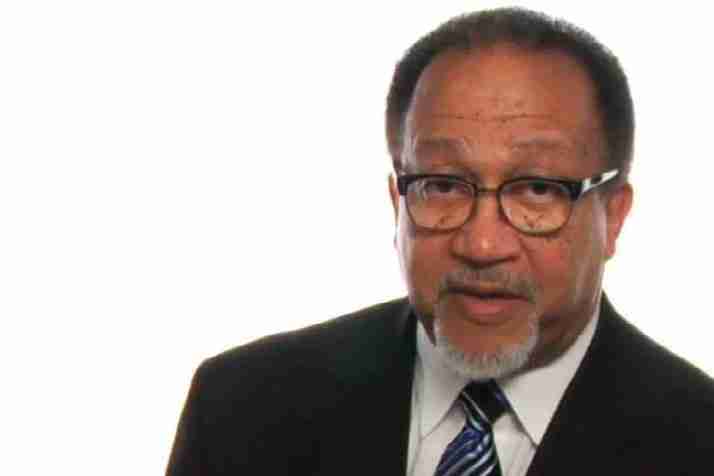 Several months ago, I co-wrote an op-ed with my long-term friend and national media colleague, Jim Winston. Our commentary emphasized why "Diversifying American Media Ownership Must Become a National Priority."

Now after the results of the high turnout of communities of color and young voters in the recent Mid-Term Elections across the United States, it is time once again to reiterate the relevance and importance of ensuring an increase in the multiracial diversiﬁcation of ownership of radio and TV broadcast stations as well as all other media platforms including print and social media.

The multimedia publishing and communications industry is a trillion-dollar business sector in America. Yet the disparities and inequities of ownership of media industry businesses by persons of color remains glaringly inequitable.

I know some of you would ask me why I am speaking up and out about other persons of color to own media businesses in America in addition to African American ownership of media businesses. There is, I assert, only one clear answer. If you are, as I am, for equality, equity, and believe in the oneness of all humanity, then we must practice what we preach.

This is why I am publicly and forthrightly supporting the efforts and leadership of Soo Kim, founder and managing partner of Standard General. Kim is an effective and outstanding Korean American business leader, and he is on record supporting greater Diversity, Equity and Inclusion (DEI) in our nation’s media ownership landscape.

As the racial demographics of our nation continue to diversity, American media must intentionally become more representative of that growth. One reason is because diversity is simply good for business. Another reason is because it is right, and it is just to include the very people on which one’s business success depends.

But perhaps the ultimate reason is because the greatest issues of our day – economic inequity, health disparities and systemic racism – pure and simple – will be best impacted when addressed by a multiplicity of people of all races.

Kim has announced an application for a $8.6 billion major media merger by acquiring TEGNA, a company owning 64 television stations coast to coast. Kim turned many heads with his description of a vision of "new partnership models to get diverse viewpoints and perspectives on the air and to make sure people have the resources to do it.”

One need only to review the leadership of major media networks in America to see that there are far too few that are owned or led by people of color. This makes Soo Kim’s vision and leadership timely, inclusive, and progressive. This is the kind of media ownership that is exactly what our nation needs at this “transformational” moment.

ership stats reveal a pattern that favors incumbent owners who are primarily White males –less than 2% of U.S. TV stations are owned by minorities – if the FCC and the DOJ block this deal, it would signal that the broadcast industry continues to be exclusively reserved for White male incumbent players.

I support and join with Congresswoman Marilyn Strickland (D-WA) in her letter to the Federal Communications Commission (FCC) that commends and endorses the proposed merger between Standard General and TEGNA. Strickland stated to FCC Chairwoman Jessica Rosenworcel, “I share your longstanding goal of expanding voices and minority ownership in this sector, and the merger would be a critical step in that direction.”

We also note with appreciation that FCC Commissioner Geoffrey Starks, a strong advocate for equity in the communications industry, observed last year, “Majority ownership of full power TV stations signiﬁcantly worsened for Asian American owners (from 9 full power TV stations in 2017 to four stations in 2019). The numbers don’t lie – we must ensure that ownership at broadcast stations better reflects the rich diversity of the communities that they serve. We still have work to do, and we have to do better.”

Congresswoman Strickland concluded, “This is why the Standard General-TEGNA acquisition is especially important. If the transaction goes through, Soo Kim, a Korean American naturalized citizen, would be the ﬁrst Asian American to own and operate a major broadcast station group. Additionally, it is my understanding that if this deal is approved, the new entity would be the largest minority-owned broadcast station group in America today. It would also be managed by a leading female broadcast executive with a history of investing in local news and in her employee base. I understand further that…at least half of the proposed board of directors will be of minority composition and a majority will be women.”

Lastly, as has been widely publicized, access to capital also continues to be a big barrier for minority broadcast owners – from getting a mortgage to being able to obtain ﬁnancing to conduct business deals, like the one with TEGNA. Again, that is why the proposed Soo Kim deal will be a real game-changing move, if approved, that will overcome some of the past signiﬁcant barriers that minorities have faced to get access to ﬁnancing in general, but especially for the FCC-regulated broadcast and media space.

The U.S. Justice Department and the FCC should therefore move forward expeditiously to approve the merger, and to reafﬁrm the importance of serving the greater public good and the issue of equity for all minority-owned media businesses in America. Now is the time.

Producer/Host of The Chavis Chronicles

(TCC) weekly on PBS TV Stations across the nation. He can be reached at dr.bchavis@nnpa.org