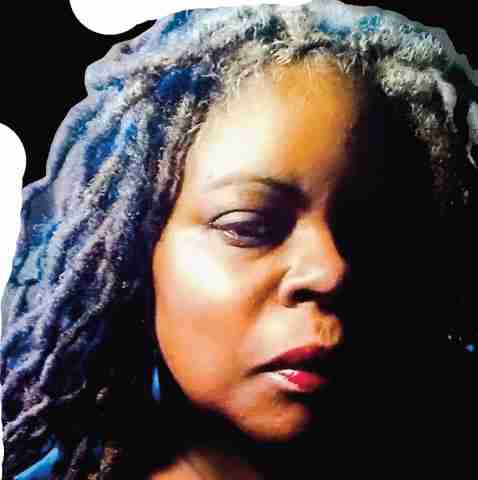 Sweet November went by lightning fast. I am always excited when November arrives, because it brings all things fall, and ushers in the holiday season. Not that I celebrate Christmas or even Kwanzaa; the residual effects of my rejection of religiosity places a weary overcast on such things. But I cannot ignore my birthday, or the birthdays of my son Kyle and my brother Simeon which also happen to be in the month. They are typical Scorpios, and I am just a whimsically artistic hippie Sagittarius, peace sign and all. As I savored the month and took in the fallout from midterm season 2022, I could not help but wonder what the upcoming year will bring. As we know, former president Donald J. Trump declared that he will be a presidential candidate in 2024, making that announcement almost two years in advance and ahead of every other potential candidate. Per usual, Trump has a secret agenda that was revealed the next day: to continue to stall the courts as he thumbs his nose at justice. How it is that a man can make a ferocious attempt to stop and steal an election, incite a riot according to the Jan. 6 House Committee, steal top-secret documents, hide them like a squirrel would a bunch of nuts in its tree house, and then run for president unencumbered by handcuffs, a ball and chain, and prison bars is beyond me. Yet November brought a lot of unbelievable and questionable sights. Can anyone explain how it is that early voting has begun in Georgia to decide whether incumbent Sen. the Rev. Raphael Warnock should return to Washington and continue to do the people’s work, or replace him lughead Herschel Walker who uses old-school ’80s movies as misﬁred metaphors and mistakes “election” for “erection” in public? Has America really become that place where a caricature of “Dumb and Dumber” has the potential to become a policymaker in Congress? What are the citizens in Georgia thinking? Georgians supporting Walker are not doing so because they admire that he is a few watts short on brain energy. It is a power play. Walker is the right type of malleable Black man that can be told what to do. A good Negro who will follow the directions of Trump and the GOP. Who can forget the picture of Sens. Ted Cruz (R-TX) and Lindsay Graham (R-SC) with Walker sandwiched between them? The Three Stooges.

On the morning of my November birthday last weekend, I reflected as I always do on how grateful I am to see middle age with clarity and health, how thankful I am to still have my parents and grandparents and great aunts and other assorted family members still alive and taking no prisoners. And then I logged into social media only to discover that a heroine of my childhood and teen identity had become an ancestor on the rise. That would be the one and only Irene Cara. Instead of plunging into a deep, dark place, I took a moment to breathe that reality in and reflect on it. Cara, who was born Irene Escalara in the Boogie Down Bronx in 1959, was an icon to me. She ﬁrst popped up on my radar in the early ’70s on a PBS children’s show called “The Electric Company.” If you know anything about me, you will know that I have credited “The Electric Company” with teaching me how to read and where I developed a hardcore love of words. I would say that the show provided the impetus that created the writer that I am today.

After “The Electric Company” Irene worked on and off Broadway, and after a couple of movie appearances starred in my Mom’s favorite ﬁlm at that time, “Sparkle.” I didn’t get to see “Sparkle” then because I was maybe 10 years old, but I remember my mother’s face after she returned home from seeing the movie. When the soundtrack was released with Queen of Soul Aretha Franklin adding her special sauce to the music, my Mom grabbed the album and the cassette. Then came what I called Cara’s breakout moment, “Fame” in 1980. The soundtrack album was everything to an entire generation and so was the ﬁlm. Who can forget “Hot Lunch Jam” or “Out Here On My Own”? Cara had exploded so brightly that adolescent Brown girls like me wished to be her. So ﬁlled with vibrance and artistic assurance. “Fame” is how she started the ’80s. Soon a movie called “Flashdance” in which she did not star propelled her to international success. It was once again a soundtrack. The title song “What A Feeling” rode the Billboard Hot 100 charts as hard as Michael Jackson’s “Billie Jean.” I owned both the “Flashdance” soundtrack and “Thriller.” Cara went on to win the original song Grammy, the exact same category in which Jackson was nominated in that year of 1983 for “Billie Jean.” I didn’t mind. “What A Feeling” was a great song and I sang it like it was going out of style around the house. Drove my parents crazy.

On my birthday last weekend, I thought about the beauty of life and how the threads that we extend out into the universe simply by doing something that we are passionate about has the power and capability to touch others’ lives in such an intricate fashion. Irene Cara was a huge talent whose career was derailed at its zenith because she had the audacity to seize Black Girl Magic and be an advocate for herself. For that courageous move, she was blackballed by the entertainment industry. But Cara had accomplished too much to be forgotten or dropped from our collective memory. On my birthday, at the close of Sweet November, I remembered. And I remember her name.