One Race, Many Cultures: Thanksgiving traditions across the African Diaspora 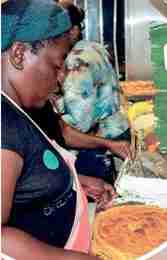 MIAMI – Black people are not a monolithic group. And neither are their Thanksgiving traditions. Many think of traditional American soul food when they think of a ‘Black Thanksgiving Dinner.’ You know, the typical turkey. stuffing (or dressing as some call it), macaroni and cheese, collard greens, ham, potato salad, corn bread, sweet potato pie, etc.

But South Floridians know better than to limit the culinary feasts celebrated in our region every November. With blacks from such a wide variety of cultures residing here, there’s no limit to the So in honor of the upcoming holiday, we’ve spoken to several blacks who live in South Florida but hail from three of South Florida’s most popular Caribbean backgrounds to find out what Thanksgiving looks like in their homes and what they do to keep their menus tasty.

Vania Bredy – a wife, mother and business owner – was born in the Bahamas, but her family moved to Miami when she was two-years-old. Her proud mother, Dorothy Newton, held on to many Bahamian traditions and passed them down to her children.

“I grew up going to the Bahamas every summer, on Christmas holidays and everything,” Bredy said. “I actually have a dual citizenship so I can go back and forth between both countries without a problem.”

Bredy said while many Bahamians who live in South Florida will have items like turkey, ham, potato salad and sweet potatoes on their menus, they will also always add a Bahamian flair. She did, however, say her experience could vary from others.

“It depends on whose house you’re in because a lot of people may have had some influence from being in America, but a true Bahamian Thanksgiving is very different. Yes you’re going to have mac and cheese, but it’s Bahamian mac and cheese.

You’re always going to get peas and rice, crab and rice and stuff like that. All the delicacies that you would want from the Bahamas like fried conch, conch salad, conch fritter balls, snapper, grouper, cole slaw and stuff like that are what we make. And you’ll enjoy sweets like fruit cake and benni cake,” Bredy said.

Bredy said while many Bahamians who now live in the US enjoy things like collard greens and chitterlings, they rarely make those foods themselves.

“You’re not going to get your collard greens, chitterlings, hog-mog and all that stuff. It is very uncommon. You get introduced to that when you come over here,” Bredy said. “I like them (collard greens) and my mother likes them, but we don’t really cook them. We may get them from somewhere else and add them to our plate.”

Bredy also said this is the time Bahamians start preparing for the rest of their festive holiday celebrations.

“This is the time that we start preparing for Junkanoo and getting ready for Christmas so it breaks off into that tradition. Everybody starts getting out and making their costumes. If you went to the Bahamas you would see people making the floats, all the different Junkanoo Shacks and the whole nine yards,” Bredy said.

Rochelle Veal was born in America, but raised by proud Jamaican parents who were big on maintaining their traditions. Growing up she said her family always had a large spread of delicious Jamaican dishes on Thanksgiving.

“We always did a big spread. We had curry goat, pepper shrimp, jerk chicken, jerk turkey, like we never had regular turkey it was always jerk. We had escovitch fish, cornish hen, cranberry, macaroni and cheese, oxtails, rice and peas, Jamaican patties, quiche and stuff like that,” Veal said.

She said soul food traditions like collard greens, candied yams, corn bread, etc. were foreign to her until she married her husband who is American. Like Bredy, she gets her collard greens from friends and family who can prepare the dish.

“When I got married to my husband, he introduced me to the yams and the collard greens and cornbread, and I’m still trying to figure all that out. I didn’t know about all that; it was different” Veal said. “Sweet potato pie, we didn’t have all that; we had bun and cheese and fruit cake. The only pie we had was apple pie and nobody really ever ate it; it was just there. We had fried dumpling and bami; that was our bread.”

Veal also noted differences in the way common foods are prepared based on where you come from.

“We make macaroni and cheese with evaporated milk and I don’t think a lot of people do that because it’s like a sweetener so it gives it a different kick,” Veal said. “We had dressing. We started adding it, but my mom would cook it different. She may add seafood or beef. We never had it just regular.”

Now Veal and her husband Nathaniel have been married for 13 years and are the parents of three girls. She said she has learned to incorporate American soul food traditions into her Thanksgiving dinners – but she still adds things like salmon and other items to the menu because she is a pescatarian.

Now who doesn’t like Haitian food? It tastes so good a local rapper named Serge made two songs about it. Wills Felin understands why.

Felin was born in Brooklyn, New York to Haitian parents that maintained many of their native ways when it came to how they cooked and raised their children. He moved to South Florida in 1988.

Felin said in his family turkey is the main dish, but many different Haitian-styled sides normally accompany it.

“Turkey is definitely a staple like everybody else, but it’s cooked in a different type of Haitian sauce called ‘Sos’ and you may have a lot of different side dishes,” Felin said. “One of them may be black rice, which is black mushroom rice called ‘Diri ak Djon Djon’ in Creole. It may have shrimp in it sometimes or you may have rice with black beans, rice with red beans, baked ham with pineapples, deviled eggs and beet salad; we always have beet salad in there.”
Felin said they also have traditional dishes like macaroni and cheese and potato salad, but, as expected, they are prepared with a Haitian twist.

“We’ll have baked macaroni and cheese, but it’ll be done Haitian style. There may be ham or onions in it or it may be plain. Haitian potato salad is more a of a mélange of everything. For example, there may be beets, corn, peas and some concoction of mayo in it,” Felin said. “We also have stuffing, but Haitians make it differently, with ground beef. My mom would make her stuffing from scratch.”

He said favorites like griot (fried pork), lambi (conch), plantains that are sweet, fried (Bannan Peze) and boiled are usually on the menu, plus some variations for people with dietary restrictions.

“You might have fish for people that don’t eat turkey called “Poisson Gross El” in Creole. It’s a baked fish with some white sauce,” Felin said.

And what is a Haitian meal without the signature spicy cabbage and carrots dish most South Floridians have come to know and love?

“You gotta have your pikliz. They must be there,” Felin said after sharing a hilarious story about seeing a white man turn red for the first time after he’d eaten some spicy Haitian food. “As we grew up Thanksgiving became a fusion of what we liked and what we would eat and it’s funny because people have different senses so when you came to my house, you’d be like what the heck are they cooking, but when you tasted it, it was good.” 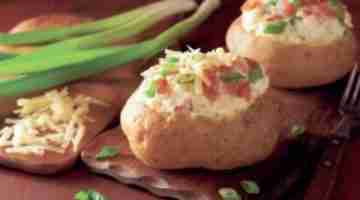 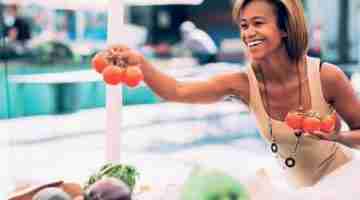