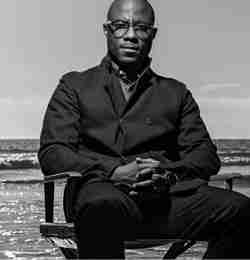 NEW YORK — “Moonlight” director Barry Jenkins will follow up his Oscar-winning film with a drama series for Amazon based on Colson Whitehead’s “The Underground Railroad.”

Amazon announced Monday that it will develop the TV series, with Jenkins writing and directing the adaptation of the 2016 National Book Award winner. Whitehead’s “The Underground Railroad” is a part-historic, part-surrealistic novel about a slave who escapes on an actual railroad.

“Going back to The Intuitionist, Colson’s writing has always defied convention, and The Underground Railroad is no different,” said Jenkins in a statement. “It’s a groundbreaking work that pays respect to our nation’s history while using the form to explore it in a thoughtful and original way. Preserving the sweep and grandeur of a story like this requires bold, innovative thinking and in Amazon we’ve found a partner whose reverence for storytelling and freeness of form is wholly in line with our vision.”

Jenkins has already been at work on the series, though how many episodes are planned was not announced. He is to write and direct.

“The Underground Railroad” will reunite much of the team behind “Moonlight.” Like that film, it will be produced by Adele Romanski and Brad Pitt’s Plan B.