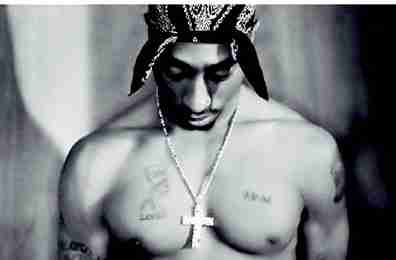 The rock hall also said Tuesday it would give a special award to Nile Rodgers, whose disco era band Chic failed again to make the cut after its 11th time nominated.

Baez will be inducted only months after her 1960s paramour, Bob Dylan, was awarded the Nobel Prize for Literature.

Shakur was shot and killed after attending a boxing match in Las Vegas in 1996, a murder that has spawned conspiracy theories but remains unsolved. “Changes,” ”Keep Ya Head Up,” ”Ambitionz Az a Ridah” and “Life Goes On” are among his best-known songs. Only 25 when he died, Shakur left behind a trove of music that was released posthumously.

Pearl Jam exploded in popularity from the start in the early 1990s behind songs like “Alive,” ”Jeremy” and “Even Flow.” After Nirvana, it is the second band with roots in Seattle’s grunge rock scene to make the hall. Behind singer Eddie Vedder and other original members Mike McCready, Stone Gossard and Jeff Ament, Pearl Jam remains active and is a popular live act.

Vedder is no newcomer to rock hall ceremonies, having given induction speeches for Neil Young and the Ramones.

Baez was a political activist and mainstay of the folk movement, performing at the first Newport Folk Festival at age 19 in 1959. She was known primarily as an interpreter of others’ songs, introducing Dylan to a wider audience at the beginning of his career. Their affair ended badly in 1965, for which Dylan later apologized. Baez’s own “Diamonds and Rust” in 1975 was one of her biggest hits.

Journey’s 1981 song “Don’t Stop Believin'” was given new life by being featured in the closing scene of HBO’s “The Sopranos” and became a favorite of a new generation. Its 6.8 million iTunes sales makes it the most-bought song on that platform from the pre-digital era, according to Nielsen SoundScan.

Former singer Steve Perry, estranged from the band for many years, offers some potential rock hall drama: will he show up for his induction? Founding member Neal Schon was quoted in Billboard recently saying that there are so many non-rock artists in the hall that “I don’t really care about being there.” He did allow that it would be nice for fans of the band, never a critical favorite.

Editor’s note: As an inductee, Shakur will trump his own posthumous iconic status by making history as the first solo hip-hop artist to be inducted into the Rock and Roll Hall of Fame.