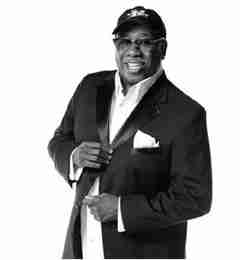 DANIA BEACH, Fla. – The Casino @ Dania Beach, the newest casino to hit the South Florida gaming scene, will present an evening of non-stop laughs with the titanic comedic force J. Anthony Brown on January 14 at 8 p.m., at Stage 954, the casino’s signature performance venue.

“J. Anthony Brown is a trailblazer. Whether he is murdering the hits with his off-key version of the latest song, or donning a pink pimp suit to get a laugh, Brown brings down the house with his antics,” said Scott Savin, Chief Executive Officer of the casino.

J. Anthony Brown, who was a staple on the nationally syndicated Tom Joyner Morning Show for more than 15 years, is now touring and promoting his solo career. Brown’s career highlights include hosting two consecutive seasons of BET’s top-rated show. Comic View; working as head writer for the Arsenio Hall Show and starring on It’s Showtime at the Apollo. Brown’s comic prowess has earned him several prestigious awards, including a Peabody Award and an NAACP Image Award.

The comedy show is for audiences 21 and over. Tickets start at $20. VIP tables are available for $300 and include seating for four. For more details, visit casinodaniabeach.com or call 844.234.SHOW.