Girls Who Code is closing the gender gap in computer science 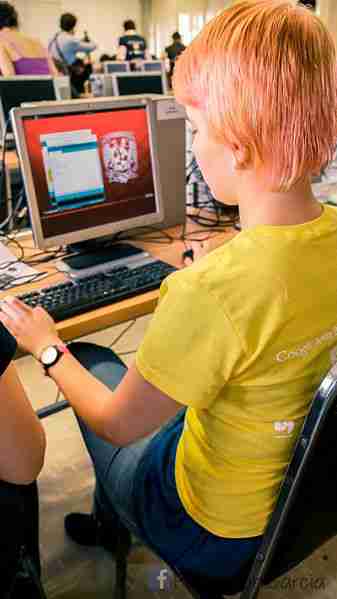 By JILLIAN WARD
The World

COOS BAY, Ore. (AP) – It’s time to close the gender gap. One of the largest gaps is in one of the most high-demand and well-paid careers: computer science. Girls Who Code is a club dedicated to evening out the playing field and now it is coming to Coos Bay.

“Currently women pose only 18 percent of the computer science field,” said Cayce Hill, youth liaison for Southwestern Oregon Workforce Investment Board, and also a senior at Marshfield High School. “By 2020 there will be 1.4 million job openings and women will only fill 3 percent of that demand. That’s worse than it was in the 1980s, and that gap is growing larger.”

SOWIB picked up the program to bring it here after program manager Kyle Stevens saw a presentation. It was something he knew needed to be local, reported The World (http://bit.ly/2iKxhfY).

“The closest Girls Who Code club to us was in Newport,” Stevens said. “That’s just too far away, and we have youth here who would definitely benefit from it.”

The target number for attendees is 20, and so far almost 15 have signed up.

To raise money for the club to get started, Hill initially wrote grants, which has brought in $5,000 from the Jordan Cove Energy Project and $750 from Walmart.

“We have several thousands of dollars in grants currently pending,” he added. “Being involved in this feels good because it’s difficult to get educational programs here. Some say there’s not a large enough population to sustain it, but we think we should be giving opportunities to our youth to make sure everyone has an equal shot.”

The Girls Who Code club has identified a high interest in computer science coding in girls between 6th and 8th grades, but that the interest drops when they reach high school.

“We want to educate them at that early age so they can stay interested and close the gender gap,” Hill said. “Being a boy and involved in this project has been interesting, but I think it’s important for there to be diversity in every aspect of life. We get stronger from diversity.”

The first meeting was Jan. 17 in Coos Bay.

Leading the weekly classes, which will last until June, is Samantha Buckley, the public health emergency preparedness coordinator for Coos Health and Wellness. Buckley got involved in the project because of the club’s emphasis on sisterhood and education.

“It’s important for girls to stick together and support each other,” she said. “Also, every week there is a thing featuring women in the tech world. Women in general in power positions don’t get a lot of attentions unless they are beautiful, so examples of what young girls don’t typically see is great.”

It doesn’t cost to attend the weekly meetings, and for students who can’t afford to buy a laptop, then one will be provided.

“No one who wants to be involved will be kept from participating in any way,” Hill said.

Another benefit for girls who attend the club, or anyone who identifies as a girl, can put it on their resume and use their coding skills to break into the industry.

“Girls Who Code also focuses on facing challenges and being brave,” Buckley said. “It encourages women to think about how to solve something if the answer isn’t immediately available, which is just another cool aspect to this whole thing.”