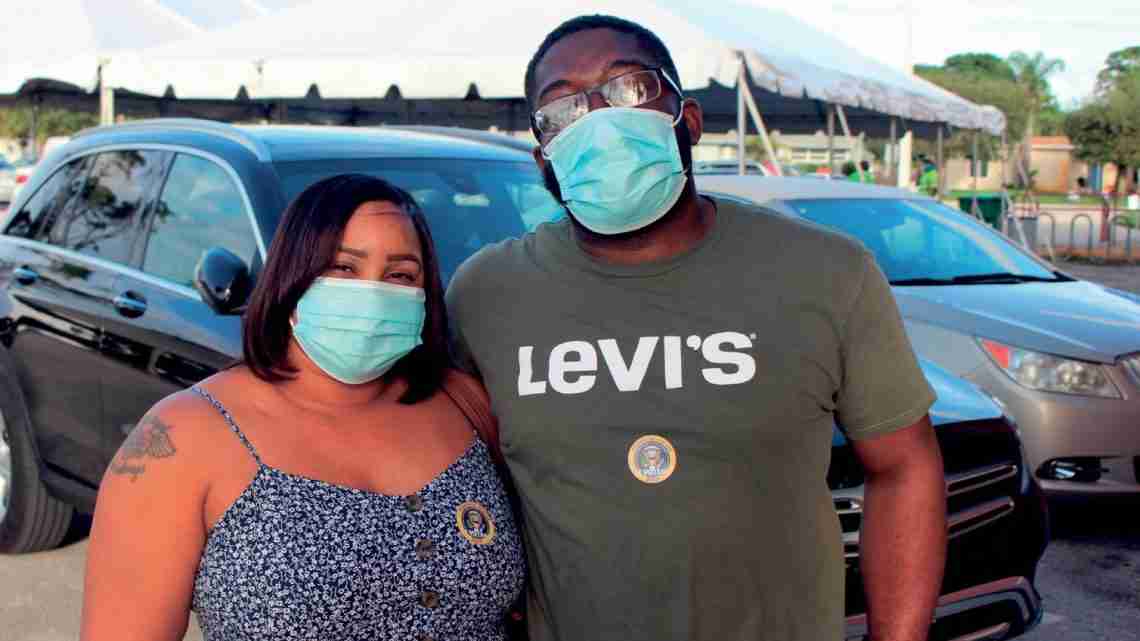 We know. You want to respond in the words of Fred Sanford to his nephew Lamont on the iconic TV show, “Sanford & Son”:

But of course, that’s likely to prove counterproductive, if the objective is to reason in the best manner. Yet 40 percent of eligible Americans skipped the 2016 presidential choice. And despite the historic nature of this year’s elections, we all know someone saying they do not plan to exercise their hard-won right of citizenship. As the nation winds down to Election Day, some South Floridians share their messages for people making excuses not to participate in the Nov. 3 elections.

The Founding Fathers of the United States understood the importance of granting citizens the right to challenge or change the Soul of our Nation. In today’s current political climate, how can we, the people, practice this feat? We can engage one of three actions. We can help change the Soul of our Nation by using our hands. Change will manifest when we use our hands to complete the 2020 Voting Ballot. Secondly, by protesting loudly, or speaking out about the need for stabilizing our country’s “Democracy”. Lastly, within our heart at least dislike it in our Soul and come out of segregation.

I just remind them that it is their civic duty to come out and vote, and that our ancestors died for this right, and don’t complain if you don’t vote.

Message for the Undecided: VOTE. – Do you want to endure four more years with a white supremacist in the White House? An unjust legal/law enforcement system in the court rooms and prisons? – Do you want to destroy Obamacare – affordable health care? No care for a COVID-19 cure? – Why destroy Roe v. Wade? – Should children remain in detention cages without a plan to unite with their parents? – Will you accept incompetence in the presidential Cabinet? – Will you accept this totally dysfunctional family with no spiritual compassion or understanding? – Will you accept continual NRA control and lack of concern for gun control?

This president came from the street to the White House with no government training. Disgusting!

To vote is to make your voice be heard, with Merriam Webster defining the word as simply, “to express an opinion.” While you may think to yourself a single vote doesn’t matter, remember that no one knows what you want better than yourself, and if you don’t vote, if you choose to not speak up, you won’t have an elected official to represent you, and the ones you do have will not cater to you, or your needs. Remember that voting not only represents your individuality and power as a citizen and member of this country, but it also highlights the power of your community, your city, your county, and your state.

Political strategist with Florida For All, leading Caribbean and Black Constituency Voter Outreach.

“the parties are all alike” “her emails” “political process is corrupt” “super predators” “refuse to participate” “Bernie Bros.”

Next post 7 ways to have a better work week