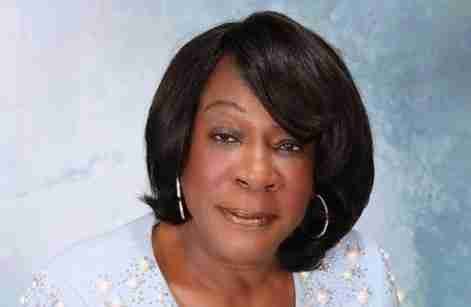 WEST PALM BEACH, Fla. – Recently at the Wake for the late Peppi Hendrix, Palm Beach County Gospel legend and school board candidate, Shuler’s Memorial Chapel in West Palm Beach was overflowing with heartbroken friends and family of Hendrix, a well-known community stalwart, particularly in the gospel arena. Hendrix died of a massive heart attack a week earlier and even though there was a capacity crowd, Shuler’s staff had the abundant crowd well organized, as they paid their respects to Hendrix, who was dressed in notable fashionable pink–a sign of unity.

Shuler’s continues to be the funeral home of choice for many families. Barbara Carey-Shuler, a former Miami-Dade county commissioner and South Florida community stalwart, also proprietor of the funeral home — says that’s thanks to the outstanding dedication and drive of her late husband, James Lamar Shuler, founder of the original funeral home in Delray Beach and the second location in West Palm Beach. James Shuler died at the age of 53 in 2006.

Last year, the city of Delray Beach, voted to name a street after James Lamar Shuler as an ode to his work in redeveloping the blighted areas of Delray Beach, particularly along the city’s main thoroughfare, Atlantic Avenue, where the funeral home was previously located. The renamed street crosses with Atlantic Avenue and SW 6th Avenue, now called “James Lamar Shuler Avenue.’ The street naming was also a tribute to his outstanding work as a funeral home director and businessman in the city.

Today, his wife carries on his legacy and tradition, at the full service funeral home and chapel in West Palm Beach.

Carey-Shuler says she gets such an elite and prestigious clientele repeatedly because her funeral home is as outstanding as any other full-service, upscale funeral home, regardless of race or culture. She credits her husband’s vision for wanting the best.

James Lamar Shuler’s interest in funeral homes started after his mother died of cancer when he was nine-years old and he wondered what happened to her body. The question eventually led him to local funeral homes, where he spent hours talking to the directors about caring for the dead. Shuler’s brother, Cleveland Shuler Jr., said his little brother felt close to his mother at funeral homes. This was the start of his mortuary science career. He eventually got his degree from Miami-Dade Community College, started his own business in 1985 and operated it until his death in 2006. He frequently serviced families for free when they couldn’t afford to pay. He also chaired the Community Redevelopment Agency (CRA) and worked to improve the city’s relationship with the black community. He was on countless civic boards and worked to rebuild the black community, particularly Atlantic Avenue.

“Lamar Shuler was a well-known business man in Delray Beach. He worked unselfishly for the betterment of the community and he was a champion of the Spady Cultural Heritage Museum,” said the museum’s director, Charlene Farrington in a Sun-Sentinel article.

Deputy Vice-Mayor of Delray Beach, Shirley E. Johnson, also praised Shuler’s works. “It was a great pleasure for me to participate in the formal ceremony of officially co-naming SW Sixth Avenue in honor of Mr. James Lamar Shuler,” she said. “Mr. Shuler was born in Delray and spent his life working to better the lives of others in the community. He worked hard providing a service of quality to families in one of their most difficult times — the death of a loved one.”

Carey-Shuler says she appreciates the accolades for her husband and his business acumen and benevolence.

“We will be around for many, many years for families when they are going through a depressing time. We’ll carry on his legacy. He came back and gave to the community where he was born. I appreciate my husband because he gave back so much. “Before we left the Delray community, we were servicing Anglos, Hispanics, the Caribbean community and every culture. Our professional staff has great training. We require top training from all of them and we’re carrying on his legacy.”