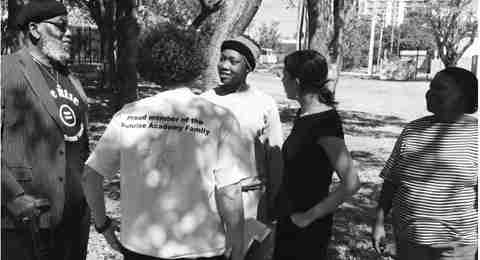 MIAMI – KIPP, a national non-profit network of public charter schools with an educational approach based on the belief that “All children will learn and achieve at high levels if given the opportunity…” is opening in Liberty City in mid-August.

KIPP Miami is the organization’s newest region in the last seven years and will launch with an elementary school, KIPP Sunrise Academy in Liberty City. The organization, along with their community partner, the Urban League of Greater Miami, welcomed more than 50 incoming students and families at the Belafonte Tacolcy Center on March 15.

KIPP Sunrise Academy will bring a new model and education alternative to Miami, adding a non-profit charter school to the urban core. According to a written statement, the school is a partnership with Miami-Dade County Public Schools that will offer leadership development and curriculum resources to District teachers.

The school will be uniquely co-located in an underutilized portion of Poinciana Park Elementary and will open with nearly 200 students in kindergarten through first grade.