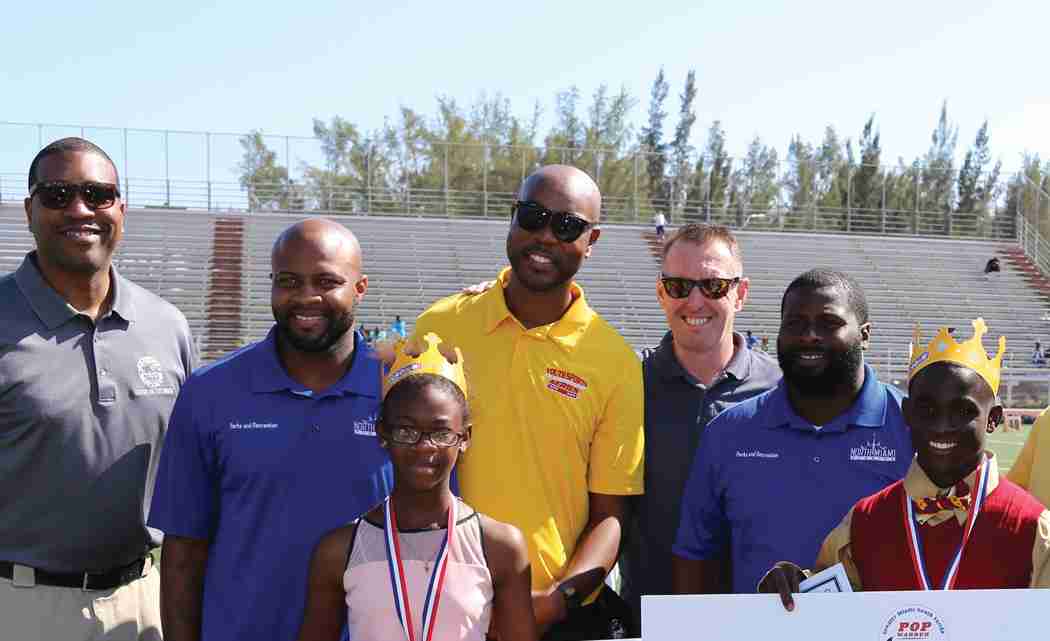 McQueen is the president of the Greater Miami South Florida Pop Warner League (GMSFPWL), and as its spokesperson, he is adamant about informing the public about an 85 year old nationwide organization with high standards that are adhered to by its youth, coaches and parents.

“You haven’t seen us in the news negatively because we pride ourselves on positive influences for our kids,” said McQueen, a major with the Miami Dade Police Department.

On Saturday, teams from the GMSFPWL battled for the crown of “Best Youth Football Team in South Florida” at the annual Sean Taylor Football Classic; which serves as the league’s “Super Bowl” Championship. Winners move on to the southeast regional championship where they play against teams from North Florida, Georgia and South Carolina.

The annual championship was renamed in honor of Taylor, a former Pop Warner and Gulliver Prep school standout player. Taylor was a free safety with the Washington Redskins when he was fatally shot by burglars during a home invasion in 2007.

More than a football tournament, Saturday’s event included a special half-time presentation by Miami-Dade County Mayor Carlos A. Gimenez, who, along with representatives from Miami-Dade County Parks Recreation and Open Spaces Department and GMSFPWL, recognized 150 youth as this year’s “Pop Warner Scholastic Achievers.”

Zyaire Clark, 10, was one of Saturday’s honorees. The fifth grader who says the Denver Broncos and the University of Miami are his favorite NFL and college teams, respectively; was honored for earning straight As on his report card. His mother, Tromika Clark, said the focus on scholastics is what attracted her to Pop Warner.

“I didn’t graduate college. I want my son to graduate college. It’s not even about football. He does football, what it’s about is scholastics,” said Clark, who works at a financial services company and volunteers as a team mom for the Lauderhill Broncos, Zyaire’s team.

“I applaud him,” she said of her son’s honor. “I’ve had him in football since he was in Pee-Wee. And I focus on good grades with Zyaire because I know that in order to get a full ride scholarship, it’s all about school. It’s all about good grades, it’s about teamwork” she said.

In addition to honoring its high achieving scholar athletes, McQueen said also Pop Warner exposes its players to other youth from around the nation and the world.

“Our kids will go to Disney World and walk hand in hand with a kid from Hawaii and then go across the field and watch kids from Russia and meet kids from Mexico. No other league can offer that,” McQueen said. “These kids are global now so now they’re exchanging email addresses and phone numbers with kids from all over the country and making friends that can last a lifetime.”

Arthur Hall is a past president who currently serves on the league’s advisory board. He said, “Ten years ago, we took an all-star Pop Warner football team to Mexico and played a whole week. T.Y. Hilton, currently with the NFL’s Indianapolis Colts, was one of the players on that team.”

GMSFPWL is gearing up for the championship game in Orlando and they plan to make it special for the scholastic honorees.

“This is the first year that we’re going to make sure that our scholar athletes get put on a bus and driven up to Orlando,” said McQueen, who, like many of the coaches, he has no children in the league.

He said during his 33 year career in law enforcement, he has seen what happens “when kids are idle. I started getting involved because I want kids to come through the front door of the police station, not the back door, handcuffed.”