‘Self Made’: Netflix take on first female millionaire, Madam C.J. 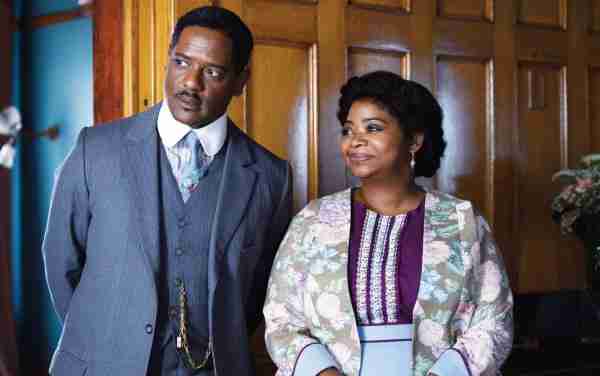 Madam C.J. Walker may be one of America’s most successful “pull yourself up by your own bootstrap” stories, but many have never heard of her. That’s changing, however, thanks to the recent release of a Netflix limited series starring Octavia Spencer.

“Self Made: Inspired by the Life of Madam C.J. Walker,” which also stars Blair Underwood, Tiffany Haddish, Bill Bellamy and Carmen Ejogo, tells the story of America’s ﬁrst female millionaire, who was also black, at the turn of the 20th century. Her path to riches would be noteworthy in any era, but it’s particularly impressive given the discrimination and roadblocks women and blacks had to endure at the time. “I knew about her since I was a little girl because my mother taught us about her. We were from humble beginnings and Madam was from humble beginnings,” said Spencer. “She dictated her path in life, and what an inspirational and aspirational story to use as an example for young people who were from nothing. … She was able to do all of that without having the right to vote or the right to own anything because of her gender and color.”

“ON HER OWN GROUND”

Walker, whose real name was Sarah Breedlove, created and marketed hair products for African American women at the turn of the 20th century. The four-part drama is based on the book “On Her Own Ground” by author and journalist A’Lelia Bundles, Walker’s great-great granddaughter. Kasi Lemmons, who helmed last year’s “Harriet” ﬁlm and DeMane Davis both direct two episodes.

MADAM C.J. WALKER: Starring in her story are Octavia Spencer, Blair Underwood, Tiffany Haddish, Bill Bellamy and Carmen Ejogo. “She dictated her path in life,” said Spencer, “without having the right to vote or the right to own anything because of her gender and color.” PHOTOS COURTESY OF INDIEWIRE.COM

Although Bundles says this has been a project “50 years in the making” with many starts and stops, it almost failed this time as well. Spencer says she nearly walked away from the project before basketball superstar LeBron James and his business partner, Maverick Carter, intervened (both are executive producers on the project, along with Spencer).

“There were things that I felt that, in my career, that I needed within my contract,” said the Oscar winner. “Sometimes you reach an impasse. And I am always prepared to graciously walk away, especially now, understanding my value as an actress, as a producer, and understanding what will be required of me when I’m on set.

“So I was graciously bowing out and LeBron (James) and Maverick (Carter) advocated for me. And it’s terrible that they had to, but they did. And that’s what we all need sometimes in the negotiating process. But you also have to be ready to say, ‘Thank you for thinking of me.’”

Walker, who died in 1919 at age 51, was not only an extremely successful business woman, but a philanthropist as well. She gave generously to what are now known as Historically Black Colleges and Universities (HBCUs), and fought for anti-lynching laws. Bundles hopes that her great-great grandmother will serve as an inspiration to those who know about her and those who are just learning of her, and that everyone will dig even deeper into her story.

“What has been meaningful for me in these many years of telling her story is to ﬁnd the other dimensions: that she was not only a woman who was a pioneer of the modern hair care industry, but who employed thousands of African American women and helped to create generational wealth,” Bundles said “She created a hair care company, but she used her money and her influence to make a difference in her community.”

Next post Grieving and saying goodbye in the time of coronavirus