THE GOSPEL ACCORDING TO ANDRE CHRONICLES FASHION GIANT’S LIFE 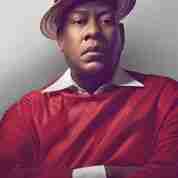 ANDRÉTHE GREAT: A new documentary chronicles André Leon Talley’s life from the segregated Jim Crow south to becoming one of the most recognizable fashion influencers in the world.

I am absolutely in love with André Leon Talley.

I’m admittedly tardy to the Talley party that fashionistas, legendary super models, world-renown designers and devout readers of Vogue magazine have enjoyed for decades. Like those outside of the fashion world, I’ve known of the tall flamboyant man for many years but had only a distant understanding of what makes Talley, Talley. A new documentary, “The Gospel According to André,” chronicles his journey to become the most influential black man in the world of fashion; and more importantly, how he courageously stepped fully and completely into the life he was born to live despite being raised in the Jim Crow South.

The documentary captures the sheer audacity of his life as a gay black man who reached his full potential despite existing in a deeply homophobic, violently racist society.

Talley is a large man, literally and figuratively. The doc concludes with the former Vogue editor-at-large attempting to shed some of the excess pounds he has accumulated over the years; but not before beautifully depicting the fearlessness that filled him and unfolded in a magnificent life that took him from North Carolina to New York, Paris and other international destinations.

The 90-minute film directed by Kate Novack naturally covers Talley’s ascension into the fashion world and his relationships with virtually every top designer imaginable. He clarifies for those who incorrectly assumed that he slept his way to fame, that sex was never a factor in his professional achievements. An innate talent fueled by his grandmother and honed by perceptive visionaries like Diana Vreeland laid the foundation for a stellar career that continues to influence fashion.

One of the most fascinating aspects of the doc is the subtle power Talley, 68, exuded on behalf of African Americans. He never screamed and shouted, never demanded better treatment for blacks; however, the spirit of excellence that informed his own walk; his advocacy for the inclusion of black models to fashion designers as well as his work to capture and convey blacks in images of power and beauty was arguably far more effective than any bullhorn ever was.

Talley was born October 16, 1949, in Washington, D.C. In a move that appears to have been divinely ordered, his parents left him with his grandmother, Bennie Davis, who was a cleaning lady at Duke University in Durham. She raised Talley and instilled in him an understanding of luxury and values that he said, “made me who I am.”

A childlike fascination with life was also instrumental in his ability to transcend expectations others had for him. “You have to see the world through the kaleidoscopic eyes of a child,” he said in the documentary.

In a stroke of brilliant “say it loud, I’m black and I’m proud,” artistry, Talley coordinated a Vogue layout called “Scarlett in the Hood.” The spoof of “Gone with the Wind” had supermodel Naomi Campbell decked out in an expensive Chanel gown in the role of Scarlett O’Hara, the title character in the 1939 classic that many blacks said glorified slavery.
“The blacks are the aristocrats and whites would be the servants,” Talley explained of the spread that had world famous shoe designer Manolo Blahnik in the role of a gardener.

“Just seeing those photos, he is making such a statement about the value of black life and about the way black life has been demeaned historically,” shared Rev. Eboni Marshall Turman, assistant professor of theology and African American religion at Yale University Divinity School. “It is an affirmation that God is going to turn it around.”

“The Gospel According to André” will be released on June 1 at O Cinema Wynwood, 90 NW 29th Street, Miami. For more information, visit https://www.o-cinema.org/venue/o-cinema-wynwood/.

Next post LIVE TAPING OF SOMMORE'S All the Queen's Men