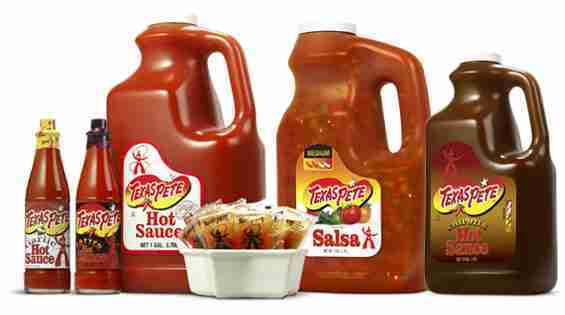 WINSTON-SALEM, N.C. (AP) _ TW Garner Food Co. is returning to downtown Winston-Salem after about seven decades, hoping to strike a balance between staying true to its private corporate roots while staking out a bolder community presence.

The company, a corporate mainstay for 86 years, has signed a 12-year lease with Nash Building LLC for the 14,500-square-foot second floor of the Nash-Bolich building off Fourth Street.

It expects to shift headquarters operations and 26 employees to the site in early 2016. The company will keep production at its 4045 Indiana Ave. facility, where it has 65 employees.

The move represents the Garner family’s recognition and appreciation of the downtown revitalization effort, as well as a desire to add their infusion of innovation and creativity that goes hand in hand with making Texas Pete Hot Sauce – the country’s No. 3 hot-sauce brand.

The move also symbolizes another step toward securing management ascension and succession for the fourth-generation company.

“We’ve been contemplating this step for a few years, but the idea really began to take root in February when we brought the company into the 21st century with our management titles,” said Ann Garner Riddle, who has been president and chief executive since June 2010.

The executives took their time choosing among 15 to 20 downtown and non-downtown sites before the Nash-Bolich building space became available.

“We’ve never been one to trumpet ourselves, but we have been active participants in our community,” Hayward Garner said. “This move is one way for us to contribute to the growth of downtown in a site that is visible, a comfortable fit and with extra space for the future.”

Mayor Allen Joines said that “because TW Garner and Texas Pete are synonymous with Winston Salem’s history and growth, it is entirely fitting to have this historic company as part of the downtown’s resurgence.”

“TW Garner’s presence will add energy and vitality to our center city and make it an even more energetic part of our community.”

Glenn Garner, who has lived downtown for 10 years, said the company used the same reasoning for moving downtown as it did for sponsoring the culinary festival.

“Repurposing an older building spoke to us,” Glenn Garner said. “Being part of a neighborhood with good visibility spoke to us.

“We believe being downtown will not only raise our community profile, but also help in attracting and hiring future corporate employees.”

McCollum said the executives channeled the company’s roots – having been founded during the Great Depression – in choosing a site “that fit our wallet.” Riddle chuckled “that it is well known that `TW means tightwad’ ” in terms of company spending on ambiance.

Hayward Garner followed up by saying “the new space will be done tastefully and offer a modern touch.”

Although TW Garner hasn’t chosen a general contractor for the renovation, it has chosen Workplace Strategies Inc. for the design work and Michael Steuart, owner of Evergreen Hill Studio Inc., at the architect.

Jason Thiel, president of the Downtown Winston-Salem Partnership, said he is thrilled to have TW Garner as another corporate headquarters site.

“On the heels of their remarkable first year success with the Texas Pete Culinary Food Festival, it shows that they are interested in further bolstering their relationship with our burgeoning food scene in Winston-Salem,” Thiel said.

“I believe it also is indicative of the growing value of storefront space in downtown.”

Gayle Anderson, president and chief executive of the Winston-Salem Chamber of Commerce, said the move will be a plus for employees.

“I’m certain the TW Garner employees will enjoy all the downtown amenities and the convenience of being able to walk out their door for lunch, arts events and shopping,” Anderson said. “Over time, some undoubtedly will decide to live downtown.”

Even though the production facilities are not making the transition, the executives believe the move will be freeing in terms of sparking product development beyond line extensions.

Besides a full line of hot sauces, wing sauces and seafood sauce under the Texas Pete brand, the company also offers CHA! by Texas Pete sriracha sauce, and salsa and tortilla strips under the Green Mountain Gringo brand.

The company will create space on the back side of the building, spilling over into the parking lot, for an expanded test kitchen that will be visible from the new corporate boardroom.

That’s where the company not only experiments with new sauces, but also invites restaurant chefs and clients, such as grocery store and discount chains, to find ways to incorporate their products into recipes for their menus and deli offerings.

“Helping clients and consumers think of our products as more than a condiment to be poured onto a meal is one way we are trying to make our products more relevant to them,” Heyward Garner said.

Despite their successes, the management team says they are committed to staying grounded.

That includes having no plans — “whatsoever” Heyward Garner stressed – to taking the company public.

“We enjoy growth, but it has to be for the right reasons,” Glenn Garner said. “Controlled, managed growth has always been our mantra.

“As long as we continue to produce great products, and introduce new products to new consumers, the revenue will continue to come.”