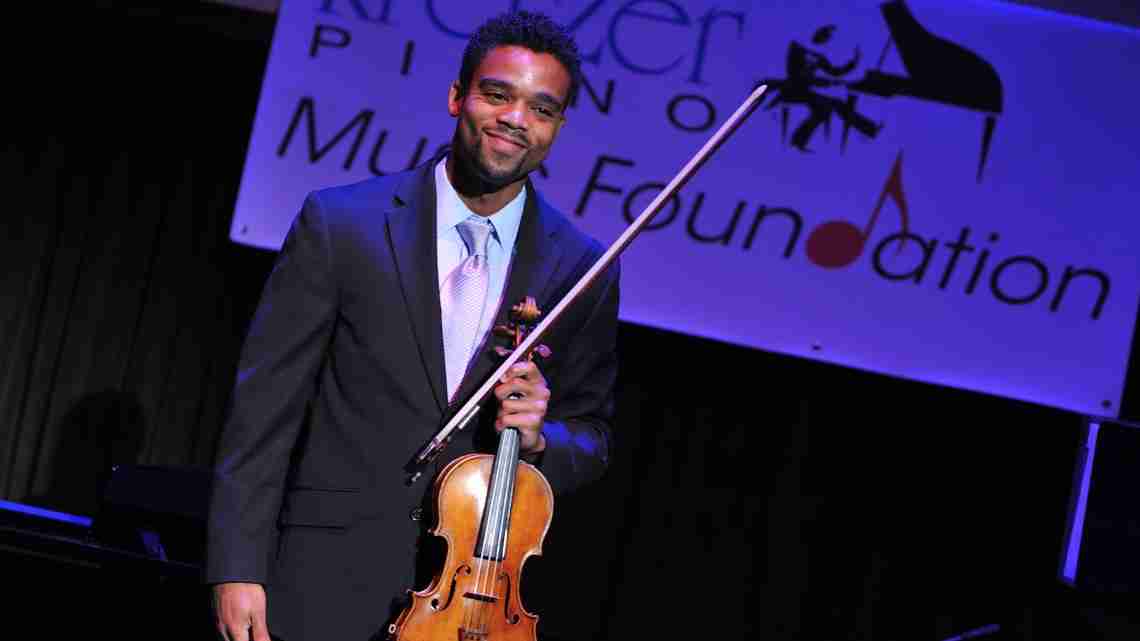 WEST PALM BEACH, Fla. – Acclaimed violinist Gareth Johnson plans to deliver an unforgettable night of music when he performs “From Baroque to Bruno Mars” in the Kretzer Piano Music Foundation’s popular ‘Music for the Mind’ concert series on Tuesday, April 18 at 7 p.m. at the Harriet Himmel Theatre at CityPlace in West Palm Beach.

“It’s going to kind of blow their mind a bit because you don’t usually have classical instruments pulling off all different genres of music,” Johnson said. “To hear Bruno Mars and all that kind of stuff on these instruments is probably not something you’ve heard in your life.”

Dr. Robin Arrigo will accompany Johnson on the Clavinova, a digital piano. Each will perform their original, unique arrangements of popular songs which include a number of audience favorites such as “Spring” from Vivaldi’s Four Seasons,Mendelssohn’s Piano Trio No. 1 in D minor, Ravel’s Tzigane, Rimsky-Korsakov’s Flight of the Bumblebee, the Theme from Game of Thrones, Happy by Pharrell Williams and Treasure by Bruno Mars.

Johnson, 31, began playing the violin when he was 10-years-old after seeing Itzhak Perlman play.

“I feel so fortunate, and am humbled because of the joy and opportunity that chance encounter provided me so many years ago. Had I not seen the man playing the violin … I may have never known my true calling, Johnson said.

While he deems 10 a late age to start – asserting kids should start playing between the ages of two and six – Johnson said with passion and commitment, anything is possible.

Add to that the fact that his mother had a doctorate in music education and he said his career path as a musician seemed a no-brainer.

“If you have a love for it, then anything will work,” Johnson said. “It was pretty immediate as soon as I picked it (the violin) up. I figured out a few songs and whenever you have that parent musician, it’s pretty easy.”

He said he performed his first professional gig at age 15, when he was hired to play a Mozart Concerto at the Gateway Music Festival of the Arts in Rochester New York. The rest is history.

Originally from St. Louis, Johnson resides in Palm Beach County with his wife Rachel and 10-month-old daughter Availa. He said he is looking forward to teaching her to play.

“I look forward to my daughter being brought up and being a musician as well,” Johnson said. “Another year and we’ll start her up. She loves it.”

Johnson holds a master’s degree from the Lynn Conservatory of Music in Boca Raton and travels the world as a soloist, master teacher and educator who has his own private studio where he teaches classes in Lake Worth, Fla.

A dedicated composer and arranger of Contemporary, Classical, New Age and Hip Hop music, Johnson has won numerous competitions and prizes throughout the United States and Europe playing on an 1840 J.B. Vuillaume violin.

He said he enjoys working with Arrigo, who holds a Doctorate of Musical Arts from the University of Miami and will also perform several solo numbers next Tuesday.

Proceeds will benefit the “Keyboards for Kids” group piano classes for more than 100 inner-city school children at the Center for Creative Education.

Noting the privilege it has afforded him, Johnson is an advocate of children pursuing careers in the arts.

“I encourage children to get into the fine arts, play the violin if you can because everyone I grew up with that did and took it seriously, whether they went into music or not, is successful, Johnson said.

He said he is grateful for the opportunity to do what he loves.

“It’s amazing. It’s like a dream come true. You wake up every day, you get to do what you want to do. It’s like you never work a day in your life.

For more information about Johnson and Arrigo’s show or the Kretzer Piano Music Foundation, visit www.kretzerpiano.com/kpmf.