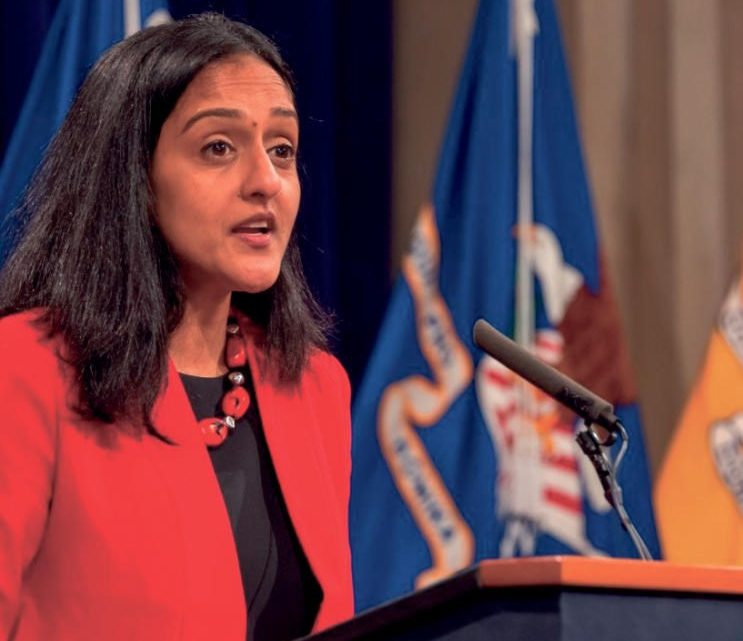 WASHINGTON – On March 9, the Senate Judiciary Committee is scheduled to hold a hearing on Vanita Gupta’s nomination to serve as the next associate attorney general at the U.S. Department of Justice (DOJ). She has spent her career ﬁghting successfully for greater equity in the criminal legal system and advancing the rights and dignity of every person in America. Her credibility precedes her, and as such, widespread support has poured in from civil and human rights organizations, law enforcement, conservative groups, and many others across the country.

“I’m not at all surprised by the widespread support Vanita has earned given her strong track record as a proven consensus builder,” said Wade Henderson, interim president and CEO of The Leadership Conference on Civil and Human Rights. “She is a strategic problem solver who is committed to building greater trust between our communities and the police. The number of conservatives and law enforcement ofﬁcials that are going to bat for her tells me that her ability to listen and seek consensus is appreciated by all of those who know and work with her. The Senate should swiftly conﬁrm her.”

More than 100 civil and human rights organizations signed a letter urging the Senate to conﬁrm Gupta and calling her “a ﬁerce champion of civil rights” who “has devoted her career to advancing racial and social justice and equality for all.”