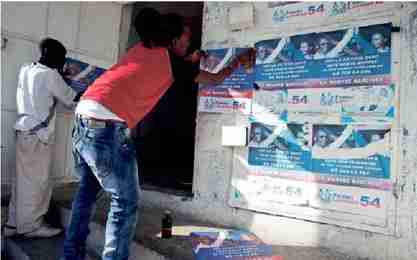 PORT-AU-PRINCE, Haiti – Campaigning for Haiti’s presidential redo election has gotten off to a very quiet start, with major candidates waiting for the weekend to hold their first events.

The redo of an annulled presidential vote will not be underwritten by the U.S. or monitored by European Union observers.

Council President Leopold Berlanger says $25 million is needed to hold the first round. He says Haiti’s interim government has already allocated $11 million and just over $6 million remains in a trust fund from last year. Berlanger says the remaining money is expected next month.

He says the council will organize fair and transparent balloting, saying Haitians “are tired of seeing chaos in their elections.”