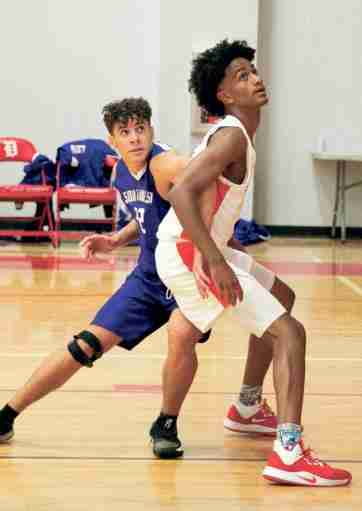 MIAMI, Fla. – Justin Johnson, named to the Miami Herald All-Dade Team in boys’ basketball last season, has decided to take his talent 3,000 miles away to a city that’s famous for creating the stage for the Los Angeles Lakers’ Showtime.

Johnson, 17, who played for Doral Academy last season, won a full scholarship to transfer to Donda Academy, a prep high school in Los Angeles, Calif., owned by controversial recording artist and entrepreneur Kayne West, who named the school after his late mother to whom his latest album is dedicated.

Johnson, a 6’-8” small forward who averaged 22.2 points and 6.1 rebounds per game, was heavily recruited by Donda, which opened last year.

He didn’t have to wrestle with ambivalence over whether to stay home. Johnson said the opportunity to play for Donda, and head coach and former Miami Heat player Dorrell Wright, boosts his chances of playing for a top college following high school graduation.

"My plan is to stay in California and hope to pick up some offers up there," said Jones. "With all the competition out there, we’re playing against hard teams in the country."

Johnson said the coaching staff and his family developed a good relationship during his recruitment stage which essentially sealed his decision to play in L.A.

"The coaches talked to my mom and believed we have a good relationship throughout the process," he said. "They stay in touch with my family and let them know what the school is all about and what it offers me."

Johnson said he’s not worried about getting homesick in California, where he will stay in an apartment paid for by the scholarship for room and board. "My main focus is to play basketball," he said.

His mother, Kimberly Hicks, a parole ofﬁcer, said she supports her son’s decision to go west. She said he has the potential of playing professionally. Hicks, Johnson’s father and uncle all played pro basketball overseas.

Donda Academy Assistant Basketball Coach Japhet McNeil said Johnson ﬁts the criteria of the program, which gives four- and ﬁve-star student athletes an opportunity to play against upper-echelon prep teams across the country on a national stage.

"You have to be special to attend this institute," McNeil said. "And Justin is one of those players. He can handle the ball, shoot the ball well and is a great defender. He has that attitude to play basketball and be a team leader. He was well raised by good parents and he is a gentleman off the court as well."

McNell said Johnson is the only player from South Florida who was recruited by the academy. Others are from California, Chicago, Detroit, Arizona and North Carolina. He said Johnson has a good chance to be a starter for the upcoming season.

"We give the players the mindset to come and work in the preseason and work hard to see who the starters will be," he said. "Justin can be a leader and leadership comes in many ways. You can lead by voice, you can lead by example or use your mind to lead. Justin can put in his own way of leading our team."

Johnson said he hopes to relax on the sandy beaches and have another runin with one of his favorite players, Los Angeles Lakers star Lebron James, who is constantly in the greatest of all time (G.O.A.T.) discussion among sports pundits and fans.

Johnson said he met James in Miami when James played for the Heat, and played against one of James’ sons in little league basketball.

Next post S. Florida’s Charles is Journalist of the Year