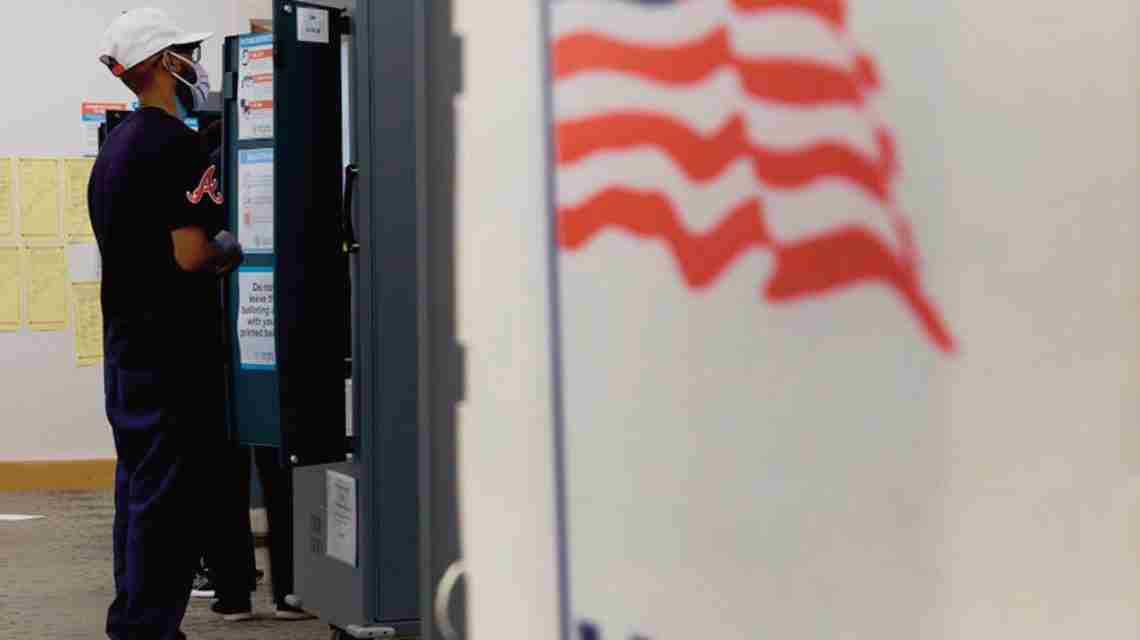 Marietta, Ga. (AP) – Voters who never received absentee ballots because election ofﬁcials in a suburban Atlanta county failed to mail them have ﬁled a lawsuit seeking an emergency solution so they can still vote.

Election ofﬁcials in Cobb County acknowledged Friday that the county failed to mail out more than 1,000 absentee ballots to voters who had requested them. County elections director Janine Eveler wrote in an email to the county election board that because of staff error, ballots were never created nor sent on two days last month, the lawsuit says.

As a result, 1,036 voters never received the ballots they requested. State election data shows that about 250 of them had voted in person during early voting. But many of those whose ballots weren’t sent may not be able to vote if a court doesn’t step in, the lawsuit says.

During the three weeks of early voting that precede Election Day, election ofﬁcials are supposed to send out ballots within three days of receiving a request. Voters then have until 7 p.m. on Election Day to return their ballots.

The lawsuit seeks to have ballots sent overnight to hundreds of voters who still need them and to extend the deadline for them to return them to Nov. 14.

Georgia is a battleground state that features a ﬁercely contested governor’s race, as well as a Senate contest between Democratic Sen. Raphael Warnock and Republican Herschel Walker that could determine which party controls the narrowly divided chamber. For decades a conservative stronghold, Cobb County in recent years has leaned Democratic as Atlanta’s suburbs have diversiﬁed and as the GOP has lost support from collegeeducated white voters.

The lawsuit, which seeks class action status, was ﬁled on behalf of the voters by the American Civil Liberties Union and the Southern Poverty Law Center.

“Hundreds of eligible Cobb County voters did everything right and yet ﬁnd themselves on the brink of total disenfranchisement because they were never mailed their absentee ballots, as is required under Georgia law,” Jonathan Topaz, staff attorney with the ACLU’s Voting Rights Project, said in a news release. “Only this court can right the wrong done to these hundreds of voters and ensure that they are able to exercise their fundamental right to vote in this November election.”

Next post Putin-linked businessman admits to meddling in U.S. election