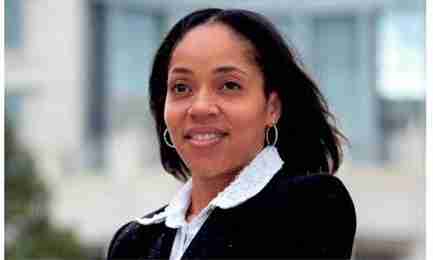 ORLANDO, Fla. (AP) – Dozens of prosecutors and judges from across the nation have filed a legal brief in support of a Florida prosecutor who refuses to seek the death penalty.

The brief filed Friday with the Florida Supreme Court backs State Attorney Aramis Ayala’s right to decide not to seek capital punishment in cases in her district covering the Orlando area.

Ayala is challenging Scott’s authority to do that before the Florida Supreme Court.

The brief filed Friday says Scott has no authority to interfere with Ayala’s cases.

Separately, an investigation is underway after a noose was mailed to Ayala’s office.

The Orlando Sentinel reports a clerk saw a racist message scrawled on an envelope addressed to Ayala, who is Florida’s first African

American state attorney. About a week later, the clerk found a second letter containing a noose made out of green twine and taped to a postcard.

The sheriff’s office redacted the contents of both letters.

Gov. Rick Scott reassigned 23 of Ayala’s capital murder cases after she announced her refusal to seek the death penalty. Ayala is suing Scott, claiming he can’t remove her from the cases.