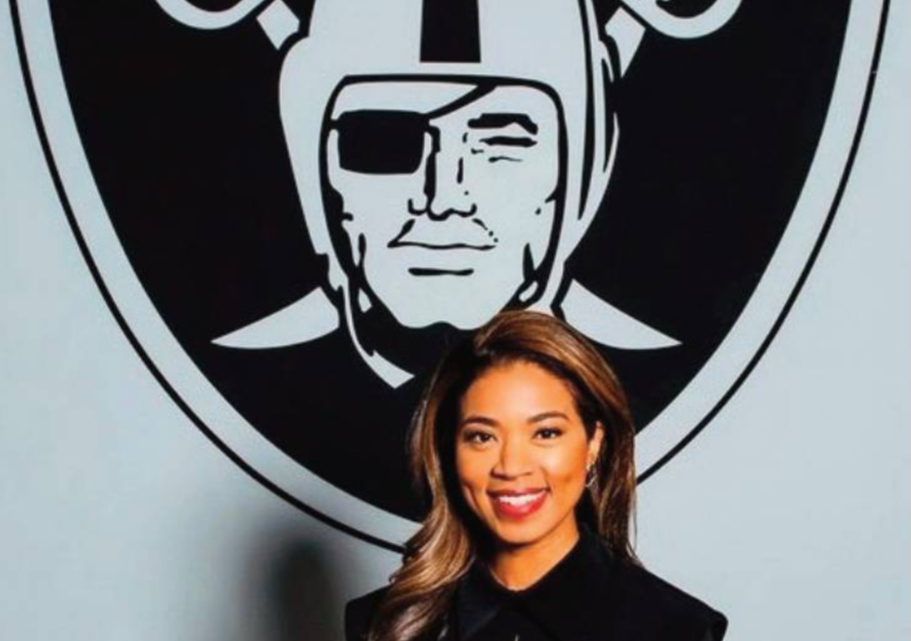 Black women have risen above the barriers of gender bias and race discrimination in the labor market and are largely no longer subject to domestic service work of past decades as a result of employers’ practices and government policies that disadvantaged them. Black women have come a long way from cooking, cleaning, caregiving, and being ‘The Help’ in other people’s households. They are holding the torch in the labor market and Black women are now in powerful positions being named ‘The First Black.’

Black women are in it to win it in the sports industry! Las Vegas native Sandra Douglass Morgan is the ﬁrst Black woman in NFL history to become president of the Las Vegas Raiders NFL football team. Morgan new role as president makes this the ﬁrst time in NFL history that a Black woman has held a team’s top leadership position. Morgan has also held other top-notch roles as a ‘First Black.’ Morgan was the ﬁrst Black city attorney for the city of North Las Vegas in the state of Nevada and she was also the ﬁrst Black person to serve as chair of the Nevada Gaming Control Board.

Morgan has an inspiring history of success and achievements. As a student at Eldorado High School in Las Vegas, she was class president, captain of the cheerleading team, a member of the National Honor Society, and she graduated near the top of her class. After earning a Presidential Scholarship, Morgan used her scholarship award to enroll at University of Nevada, Reno where she graduated with an undergraduate bachelor’s degree in political science and minor in communications. She attended Law School at University of Nevada, Las Vegas William S. Boyd School of Law where she earned a Juris Doctor degree.

Aside from being the ﬁrst Black woman to become president of the Las Vegas Raiders NFL football team and the ﬁrst Black person to serve as chair of the Nevada Gaming Control Board, Morgan has a host of other impressive roles on her resume. To name a few, she was In-house counsel and litigation attorney for law ﬁrms, Director of external affairs for AT&T, Nevada Athletic Commission member, Member of the Board of Directors for Caesars Entertainment, and the list goes on.

Morgan has high hopes to open doors for many other women and women of color in leadership roles in sports.