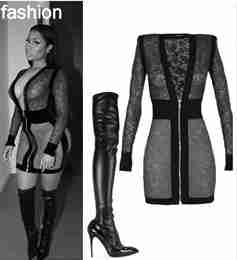 The agency said in a statement last Wednesday that it will work to further the six-time American Music Award winner’s influence in fashion and beauty.

“She is a style pioneer and an icon,” Wilhelmina CEO Bill Wackermann said.

Minaj said of Wilhelmina in the statement: “They get me,” adding: “I love the synergy between my music and how it inspires my fashion.”

Known for bold and often risque looks, the nine-time Grammy nominee is a regular on fashion show front rows around the world.

She was filmed just days before the recent London attacks posing in a black-and-silver dress and jeweled headpiece on Westminster Bridge, reportedly for a new video promoting a track she collaborated on with Drake and Lil Wayne.

Next post With 'Formation' and 'Black Beatles,' Mike WiLL has made it

Previous post Alexander star is more than a gifted artist, he’s an extraordinary human being