The Evolution of Black Music 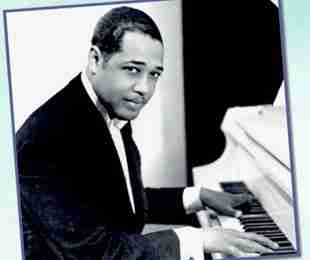 WHERE IT ALL STARTED: BLUES & NEGRO SPIRITUALS

Remember the days when music embodied real life lessons and raw passion? A time when the heat of oppression and tyranny could be felt through melodic, spine-chilling confessions of sorrow and strife. American Blues musician and “father of modern Chicago blues” Muddy Waters was one of the best to ever do it, but what is a blues singer without his band? Is it not the combined elements of the amplified bass guitar, the boogie-woogie piano player, drum riffs, harmonicas and horns that truly provide the listeners experience? The way a blues musician testified to his audience, with his band as the church-house saints saying amen made ‘blues’ closely parody negro spirituals.

Although blues and jazz music were groomed in the same era and heavily influenced one another, blues quartets were not as widely appreciated as the sophisticated composition of a New Orleans jazz act. The Miles Davis Quintet, Billie Holiday and Lester Young, and The Count Basie Orchestra are world renowned jazz musiand set the mold for “black classical” music. But where are the Duke Ellington’s of the 21st century, and why aren’t they touring today?

Classically trained Jazz musician of 25 years, Cameron Ross said: “People don’t stop to consider the affect that war had on the music economy. Promoters just didn’t have the money to finance tours of 30 piece orchestras, and that’s when big acts died out. It became easier for record companies to finance and manage 2-5 piece sets, than it was, 30. Less payout and they made much more money.”

The late 50’s and early 60’s brought the birth of soul music a combined sound of gospel, rhythm and blues and jazz. Booker T. & the M.G.’s instrumental R&B/funk band was influential in shaping the sound of Southern soul and Memphis soul in the Stax era. But where are the ‘Funk Brothers’ of the new millennium?

Grammy nominated songwriter, bass guitarist and band leader of “Just a Few Cats, Alvin Garrett said, “It’s a different age. When groups were prevalent back in the day, it was also a reflection of a comin the same cities. It was almost like being on a neighborhood sports team. It was extracurricular. It was a social getaway. When you were a musician in those days, it was a natural part of life to get together and jam, and perfect your craft; they lived for that.

Nowadays, the change in society overall doesn’t support the formation or foundation of creating and sustaining new music groups.”

As we celebrate Black Music Month, we are reminiscing on the good ol’ days, when music gave us the gift of variety in one act. Has this melodious commodity reached its end? Will we ever again hear sweet melodies purr from the likes of “Motown’s” humming bird quartettes, singing honeyed sentiments of love? Remember when love ballads dominated radio airwaves? Be it heartbreak or uncontainable love joy, the crooning days of girl groups like “The Marvelettes” and “The Emotions” had a special lyric for every feminine reaction to black love and life!

Relishing in the beauty of Black American culture being an interwoven fabric of American pop culture, we take pride in our heavy influence in the world of music. “Black music” continues to reinvent itself and return afresh, with a new tune, and a new set of riff and cadence changes to rock the world at every turn of a decade. The godfathers of soul and blues are the true inventors of Rock & Roll and our musical genius continues to purge the evidence of the resilient black spirit, as it reveals our struggles, the wiles of our world and the heart of our earthly existence.

What’s the evolution of music without the rise of 80’s hip hop? From beat-boxing to b-boy freestyle dancing, 80’s hip-hop derived from the crux of the soul era: music born of the black experience in America. A time when our music was saturated with rhythmic hyperboles of black-consciousness and pride.

Remember when hip-hop was infused with call and response bridges? Where is the new age Grand Master Flash and The Furious Five?

Where’s the new Eric. B and Rakim or the reincarnated Fugees? There was nothing like getting a fresh flow and a dope new line, five different times, on one record; it was the party that never ended!

Remember when Public Enemy would spit an entire history lesson in one rap song? Remember when hip hop music really stood for something?

Ex ’Klub Monsta’ bandmate, and founding member of Birmingham-based rap group, Air Talley said “Life is an ever changing cycle of rebirths and new commitments, and those journeys are personal to each individual. When you have an aspiring group of 5 men, all moving at different paces in life, you have 5 different sets of priorities. When some of the members have responsibilities to a family, and others don’t … it’s easy to end up the odd man out. Which worked out better for me, artistically, in the long run because now I can explore a wider range of music styles. I’m all for conscious music, but in order to be part of today’s music industry you need star quality, entertainment value and able to bring that to my version of conscious rap.”

A common thread in theory of all the industry weigh-in has been the inability to keep several people on one accord. Music tastes evolve and creative direction changes. Be it inflated egos and personality differences, or money mayhem, music groups began a steady decline in prominence in the early 2000’s.

But before the universe could let the love affair die, we got one last decade of this era: The 90’s group explosion!

New Edition, reminiscent of The Temptations and The O’Jays, but with a fresh, youthful brought one of nature’s last attempts at a collaborative musical prodigy. They paved the way for groups:

Southeastern Entertainer/singer/songwriter, John “YungVokalz” Bell aid, “The chemistry that takes place between a band in a jamming session is pure magic. That magic creates excitement and excitement creates new sounds and ideas.Groups of the 90’s had hat magic which created originality. You had several acts all from the same avenue, but they occupied different lanes. That was the magic, no two groups were the same. Today’s industry lacks originality; everyone sounds the same. Group dynamics create authenticity.”

Something uniquely magical takes place when music ensemble fuses heir talents together to curate a distinctive sound and matchless melody. Couple that with seductive choreography, a signature style and the “It factor,” and you’ll get a girl group phenomenon! En Vogue was the closest to emulate the elegance of the ‘Supremes’ until the emergence of girl group, Destiny’s Child. However, groups like Total, SWV, 702 and Escape, created the essence of girl groups with “urban edge.” Of course, Mary J. Blige is the godmother of the R&B “around the way” girl, and be- cause of her willingness to push the envelope on industry R&B prototypes; we had the late Aaliyah, Monica and Keyshia Cole.

Though gospel has been a cornerstone of black music since slaves began singing Negro Spirituals, gospel groups were making a come- back in the 90’s. The late 80’s gave us the Clark Sisters, Bebe & CeCe Winans and Commissioned, but the 90’s brought us Kirk Franklin and the Family, Fred Hammond and Radical for Christ, and Trinity 5.7. Gospel music is one of the last sub-genres of black music with thriving groups; though not as plentiful as the 80’s and 90’s, they’re still thriving.

Gospel music composer, pianist, and Director of Music, Joe Bracy, of Grace of Mercy said that it’s not just the industry that’s changed the style of music that comes out of the gospel genre, even the worshiping dynamics of a Sunday morning church service, have changed.

Bracy said “We are now missing part of the “church experience” when the choir element of a worship service is missing. The Praise & Worship team (small group) has the job of ushering the spirit of God in, and the choir has the duty of ministering to the congregation before the pas- tor takes the pulpit. Often- times, the choir adds a totally different message of healing connection with God to the service, and it’s sad that the demise of the old-fashioned “god-experience” is due in part to a changing enterprise.”

The question in the end re- mains the same, has the art of collaborative music composition reached its end? Has music’s natural evolution brought us to a fork in the road or have we reached a new plateau that should be embraced? After all, black music has dominated the industry and set the tone for American pop culture for well over a century now; perhaps that alone should be celebrated. While it’s instinctive to hold on to “things of old,” we should be appreciative of music progression and the melodic brilliance of the new millennium.

Whereas it once took an en- tire orchestra to create a full sound, we now have digital instruments, track boards and mixers that allow modern day solo acts the same magic of a full band. What do we do with- out the variety that groups offered? Nowadays the field of entertainment is much larger and we have several options to choose from for our listening pleasures.

Hip hop is now infused with psychedelic riffs, and spacey auto-tunes that create the new modern day sound. The new school is good at borrowing elements of blues and funk from the old school, so maybe we get a little of the best of both worlds.

Be that as it may, the world of music is on an axis that will continue to spin us into musical evolution from now until eternity.

And who knows … maybe in the end all of the greats will get together for one big jamming session to welcome us all to the afterlife! Cheers to another century of black musical genius!

PLEASE NOTE: This column has been edited for brevity and clarity.

Next post EDITOR’S ADDRESS: Black Music is More Than a Sound