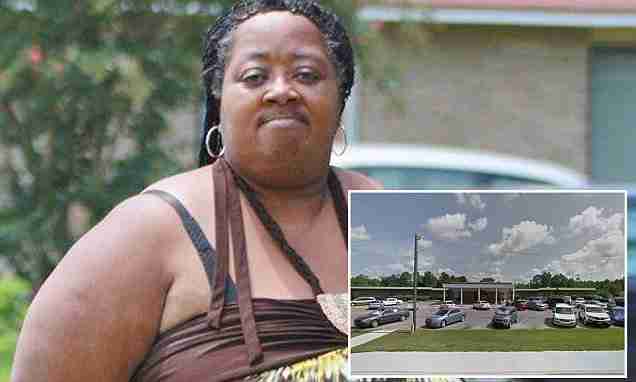 TALLAHASSEE –  A woman who collapsed and later died after being forcibly removed from a Florida hospital lay in the parking lot beside a police officer’s car for nearly 18 minutes before a doctor readmitted her, according to police dash-cam audio and video released on Wednesday.

Attorneys for the family of Barbara Dawson renewed their charges of negligence against Liberty Calhoun Hospital and Blountstown Police as multiple state agencies continue their investigation into Dawson’s Dec. 21 death.

“We have heard that time and time again how everyone was acting with due speed to assist her. Now that we have that tape we know that is not true,” attorney Darryl Parks said. “There was not deliberate speed and who was assessing her at the side of the car was inconsistent.”

Dawson repeatedly replies, “I can’t breathe.” Her tone is panic-stricken.

After refusing to seek health care elsewhere, Dawson is arrested for disorderly conduct and trespassing. The oxygen hose is disconnected and the officer walks the 270-pound woman out to the police car, holding her by the arm, nudging her along.

Dawson falls to the ground 1 to 2 feet from the patrol car while the officer reaches for his keys. Dawson cut her feet and knees.

After she collapses, the officer tells Dawson that “falling down and laying down, that’s not going to stop you from going to jail. If I have to get help to get you in this car. You are only making things worse on you.”

For 18 minutes she lay propped against the police cruiser as the officer and nurses made multiple attempts to get her into the car. The nurses also checked her pulse. Not until a doctor came out was she readmitted.

“Get her on the stretcher. This is totally different from what I discharged her for,” the doctor says on the recording.

The Blountstown police officer who arrested Dawson is heard saying that he thought Dawson “was being non-compliant by not trying to get in my car and faking it.”

When Dawson was brought back into the emergency room, one of the nurses is heard saying, “I’ve never seen Barbara down like this.”

The medical examiner’s office found that Dawson died from a blood clot due to being excessively overweight.

Calhoun Liberty Hospital CEO Ruth Attaway said they have also received a copy of the video and are still reviewing it.

“The police is supposed to protect and serve. The hospital is supposed to save lives. When Barbara went to the hospital she was denied all of those rights,” she said. “So her family is saying today we cannot bring her back therefore we want justice for Barbara so that this will not happen to anyone else.”

Next post Governor sorry for remark about 'young white' girls