The Changing Face of Miramar 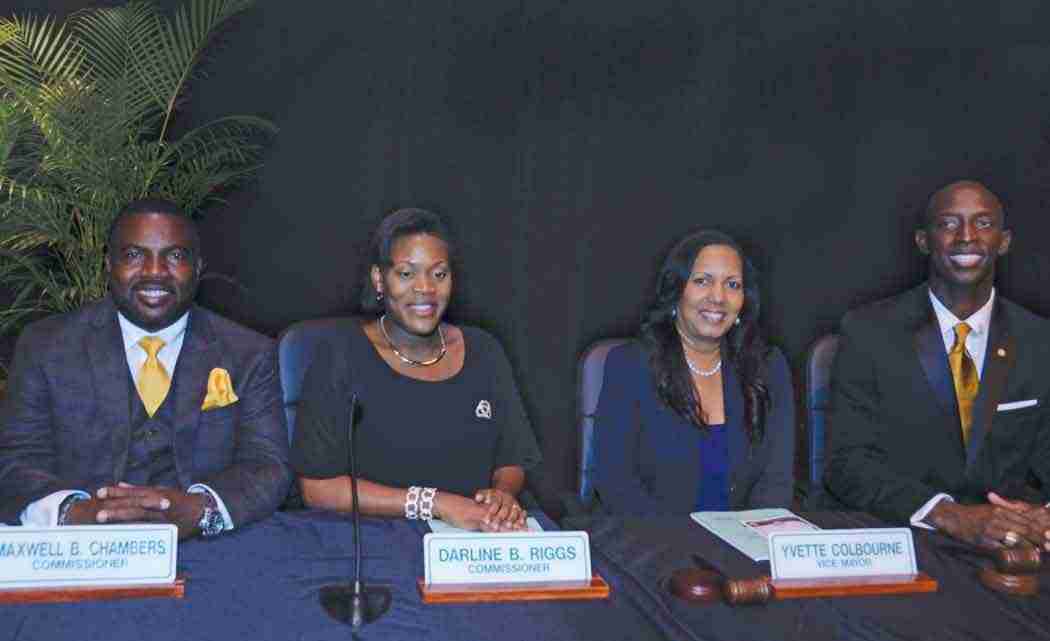 On Monday, March 23, history was made in Broward County, Florida. The Miramar mayor and city commission are, for the first time since its incorporation on May 26, 1955, comprised of black men and women, exclusively. Each was sworn into office on Monday.

The Miramar election also became historic at the victory of one of its new commissioners, Maxwell Chambers. His wife is a Broward County political powerhouse, as well.

The new Miramar Mayor Wayne Messam is a dreamer and an incurable believer in perseverance. He credits his humility and innate need to succeed to the efforts of his parents, more specifically, his late father Hubert Messam, a sugarcane field-hand in Palm Beach County who instilled in his children that “success is an obligation and not an option.”

Messam, 40, said he believes in his father’s message. While he was commissioner, Messam began laying the foundation for a bid to become the mayor of Miramar, ultimately defeating long-tenured Mayor Lori Moseley on March 10. Messam said he didn’t have to think that the incumbent was bad in order to believe that he could do a better a job.

He said being a visionary with an unjaundiced vision for the city of Miramar is what ushered him into the mayor’s seat.

Messam is focused on facilitating change and making sure the $60 million bond monies are properly allocated and used with fidelity. He plans to ensure that the two new police headquarters are constructed for residents’ safety on both the east and west sides of the city and a 5,000 seat amphitheater at Miramar Regional Park is built to satisfaction to attract entertainment premieres, said Messam during Monday night’s swearing in ceremony.

The revitalization of Miramar’s historic east side community is a priority for Messam and his approach includes brokering goodwill among east side residents who are faced with heightened illicit activities and the lack of trust for police.

Kha White, a longtime resident of Miramar said, “I believe in Mayor Messam’s message. I think it is necessary for all residents to feel included. The east side residents of the city are in need of the very resources that are made available to those who live in the central and western parts of the city.”

Darline Riggs, 35, victor of Commission Seat 4 previously held by Messam is a byproduct of Miramar’s sketchier parts.  Having been adopted at two months old into a family of eight children; she said she understands the value of family and community, noting that it was the concept of a village that helped to raise her.

Riggs said her upbringing on the city’s east side helps her to connect to the issues that plague the area. Still, she is optimistic, viewing the burgeoning city as a cultural mosaic. She affirmed, I will do whatever is in my power “to enhance the service, infrastructure and historic and cultural heritage that helps to make Miramar the wonderful place to live and raise our children.”

Maxwell Chambers, 52, was also victorious after winning his bid for Commission Seat 1. He is married to Barbara Sharief, former Broward County Mayor, and Commissioner representing District 8, which includes Miramar. Chambers, says he is glad to be able to represent his district which has suffered greatly since the beginning of the recession. “There are many residents who have yet to recover from economic hard times and there is a need to create employment and bring local government to the people,” he said.

The peoples’ politician is adamant that though he and his wife are elected officials, he, is not a “City Hall person.” Chambers admits to being a “man of the struggle.”

The cabinet-maker by trade said, “I am real and tangible and I understand hard times; I will work so that the people of Miramar knows that.”

The power couple represent the first black husband and wife Broward political team in recent memory. With Sharief at the county and Chambers at the city of Miramar, a more meaningful relationship between the two governments is likely.

Next post After years of mediocrity, Tulsa emerges as hipster hub