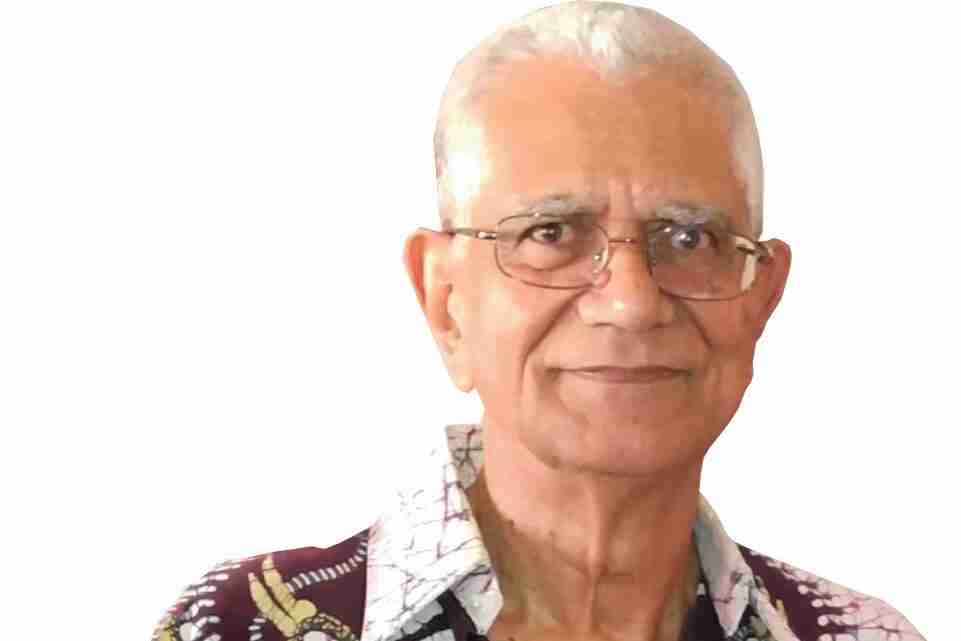 Several supporters of former President Donald Trump have been winning Republican primaries due to his endorsement in exchange for total acceptance of his unfounded claim that he was robbed of victory in 2020. Some may win in the general election in November and take up seats in state and local ofﬁces and in the U.S. Senate and the House of Representatives where they will help set help policy with national and global implications. They are woefully unqualiﬁed but their assignment will really be to provide legal cover to efforts to manipulate the system to serve their patron.

Several also embrace the mysterious “Q” and belong to an alternate “Q-Anon” universe whose inhabitants believe Democratic Party leaders worship the devil and sexually abuse and drink the blood of children – or, at the very least, are taking the nation down a ruinous pro-socialism/pro-communism path. So what?

Those who vote for them are aware of their obeisance to Trump and to “Q.” However much Democrats and even some Republicans despise Trump with his narcissistic personality disorder, he won the presidency fairly in 2016. His pronouncements and policies during the campaign and his presidency have endeared him to the Republican base.

But that is how democracy works.

The problem is not Trump and his Make America Great Again (MAGA) acolytes. It is with the system that made him president with nearly three million votes less than Hillary Clinton but assigned him more than 50 percent of the electoral college votes. Yes, the United States is a global democratic leader but its system for electing its president is entirely undemocratic because of this twotiered electoral procedure.

Eliminating the second, and decisive, level of voting – the electoral college – through a Constitutional amendment will ensure that the people will elect their president directly. Such a change will also force candidates to stop focusing on just the mostly Southern, mostly small, “swing states.”

Then there is the United States Supreme Court, whose members, like all federal judges, are appointed for life, are answerable to no one and whose rulings have no appeal. That is a weakness which the politically unscrupulous Republican Senator Mitch McConnell of Kentucky exploited.

During Barack Obama’s ﬁnal presidential term, McConnell, as Majority Leader, blocked Senate conﬁrmation hearings for Merrick Garland. The sudden death of Antonin Scalia had left the court’s ideologically split 4-4. McConnell obviously feared that conﬁrming Garland would give liberals a 5-4 majority but he justiﬁed holding it up by saying it came too close to the end of Obama’s presidency – which was 293 days away.

McConnell insisted that Obama’s successor should make the nomination and his gamble paid off when Trump won and picked Neil Gorsuch, restoring the conservative majority. But McConnell rammed through Amy Coney Barrett’s nomination in October 2020, with the election just days away.

By then, Trump had also nominated Brett Kavanaugh, pushing the conservative majority to 6-3. His nominees had to pass one litmus test: commitment to abortions. Even though they assured the Senate Judiciary Committee that they would not do so, they joined two other conservatives to do just that.

The conservative Justices seem to be applying long-held personal beliefs, which they have started to impose on the rest of the nation. They can now be expected to declare that other privacy rights, such as access to contraception, same sex marriage and, perhaps, prayer in schools and school desegregation, end afﬁrmative action and further weaken voting rights. The conservatives will dominate for more than a generation — all due to Trump, who was not the people’s choice, appointed three Justices and to McConnell, who stole a seat. This is why calls to reform the court have increased, perhaps by ending life-tenure or adding members; the Constitution does not prohibit either step.

The Senate, too, has become undemocratic, not because of McConnell’s collusion in packing the court with conservatives but because of a rule called the ﬁlibuster which, in practice, requires not a simple majority of 51 Senators to pass bills but a super majority of 60. So there are demands also to scrap the ﬁlibuster.

But, however necessary, such reforms, and perhaps others, are not the most urgent actions needed to strengthen American democracy. Rather, it is to counter a plan drafted by Trump and his backers to carry out their own reform and they are taking their cue from Hungary’s prime minister Viktor Orbán. He worked within the system to wrest control of the levers of government and entrench himself in power. Influential Republicans have been looking to him more and more for inspiration, rather than, as in the past, the Founding Fathers, unabashedly admiring a so far semi-autocratic leader of a nation of fewer than 10 million who declared in 2019 that “we do not want to be diverse and do not want to be mixed.” They held one of their Conservative Political Action Conference (CPAC) meetings in Hungary and warmly welcomed Orbán to their gathering last week in Dallas.

But while Orbán monopolized power by halting Hungary’s political advance following the collapse of the Soviet Union, Republicans know they have to unravel American democracy to do so. They drafted an action plan for an anticipated second Trump term that would “radically reshape the federal government … purging potentially thousands of civil servants and ﬁlling career posts with loyalists to him and his ‘America First’ ideology,” Axios’ Jonathan Swan reported on July 22.

“The impact could go well beyond typical conservative targets such as the Environmental Protection Agency and the Internal Revenue Service.” It would “potentially strip layers at the Justice Department, including the FBI, and reaching into national security, intelligence, the State Department and the Pentagon, sources close to the former president say,” Swan reported.

“The heart of the plan,” he added, “is derived from an executive order known as ‘Schedule F,’ developed and reﬁned in secret over most of the second half of Trump’s term and launched 13 days before the 2020 election.”

Trump’s loss put “Schedule F” on hold, which could partly explain the subsequent rage and the dangerously divisive “stolen election” lie. But the plan is certain to be activated if Trump or one of his acolytes wins in 2024. If they fail, the consequences could be serious. Political scientist Barbara F. Walter asserts in her book “How Civil Wars Start” that violence in such a case is a strong possibility. They already attempted a violent coup on Jan. 6, 2001.

The challenge before the nation, therefore, is not merely to reform its democratic institutions but also how to cope with the possibility of a semi-autocrat in the White House or a civil war. It is an existential, bipartisan, threat because, as a character in the imperial China serial “The Rebel Princess” says, “The wolves will have the upper hand when the shepherds quarrel.”