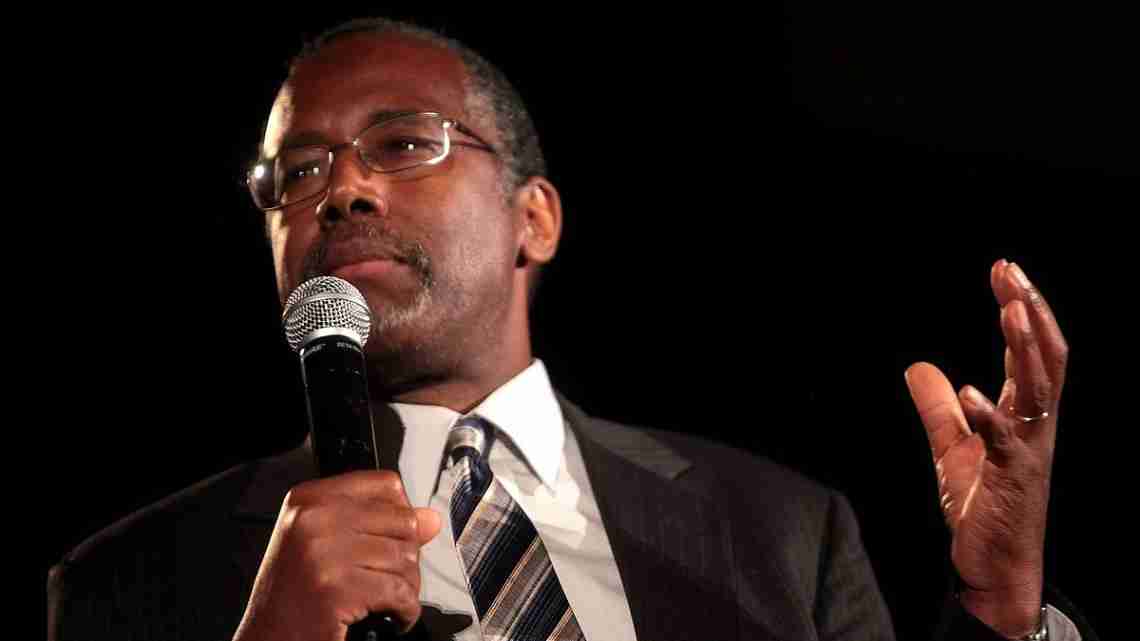 In a radio interview Wednesday, the former neurosurgeon said parents need to instill in their children the “mindset of a winner.”

“If you take somebody with the wrong mindset,” Carson says, “you can give them everything in the world and they’ll work their way back down to the bottom.”

He made the remarks in an interview with Armstrong Williams on SiriusXM.

The soft-spoken Carson, the only black majorparty candidate in the 2016 presidential race, was the first African American named as head of pediatric neurosurgery at Johns Hopkins Children’s Center in Baltimore. After being tapped by former GOP rival Donald Trump, Carson took the helm at the Department of Housing and Urban Development in March.

The department’s name, he said in the interview, is something he’d like to see changed.

Carson says he has a plan for eventually changing the name to “Housing and Community Development” to reflect the agency’s broad mission, which extends beyond cities and urban areas and deep into small towns and rural areas. A name change for the agency would require congressional approval.