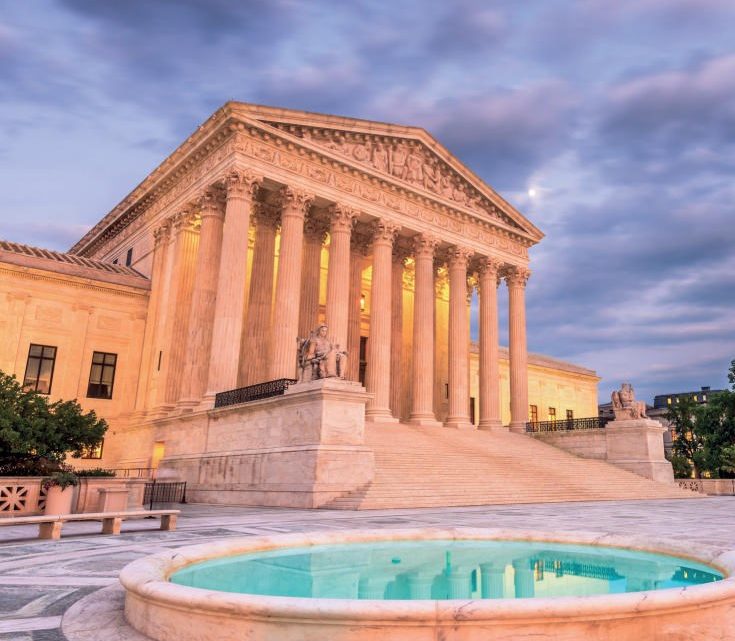 WASHINGTON (AP) – Eight years after carving the heart out of a landmark voting rights law, the Supreme Court is looking at putting new limits on efforts to combat racial discrimination in voting.

The justices are taking up a case about Arizona restrictions on ballot collection and another policy that penalizes voters who cast ballots in the wrong precinct.

The high court’s consideration comes as Republican ofﬁcials in the state and around the country have proposed more than 150 measures, following last year’s elections, to restrict voting access that civil rights groups say would disproportionately affect Black and Hispanic voters.

A broad Supreme Court ruling would make it harder to ﬁght those efforts in court. Arguments are set for Tuesday via telephone, because of the coronavirus pandemic.

“It would be taking away one of the big tools, in fact, the main tool we have left now, to protect voters against racial discrimination,” said Myrna Perez, director of the Brennan Center for Justice’s voting rights and elections program.

Arizona Attorney General Mark Brnovich, a Republican, said the high court case is about ballot integrity, not discrimination. “This is about protecting the franchise, not disenfranchising anyone,” said Brnovich, who will argue the case on Tuesday.

The justices will be reviewing an appeals court ruling against a 2016 Arizona law that limits who can return early ballots for another person and against a separate state policy of discarding ballots if a voter goes to the wrong precinct.

The 9th U.S. Circuit Court of Appeals ruled that the ballot-collection law and the state policy discriminate against minority voters in violation of the federal Voting Rights Act and that the law also violates the Constitution.

The Voting Rights Act, ﬁrst enacted in 1965, was extremely effective against discrimination at the ballot box because it forced state and local governments, with a history of discrimination, including Arizona, to get advance approval from the Justice Department or a federal court before making any changes to elections.

In 2013, the Supreme Court ruled 54 that the portion of the law known as Section 5 could no longer be enforced because the population formula for determining which states were covered hadn’t been updated to take account of racial progress.

Congress “must identify those jurisdictions to be singled out on a basis that makes sense in light of current conditions,” Chief Justice John Roberts wrote for a conservative majority. “It cannot rely simply on the past.” Democrats in Congress will try again to revive the advance approval provision of the voting rights law. The John Lewis Voting Rights Advancement Act failed in the last Congress, when Republicans controlled the Senate and President Donald Trump was in the White House.

But another part of the law, Section 2, applies nationwide and still prohibits discrimination in voting on the basis of race. Civil rights groups and voters alleging racial bias have to go to court and prove their case either by showing intentional discrimination in passing a law or that the results of the law fall most heavily on minorities.

The new Supreme Court case mainly concerns how plaintiffs can prove discrimination based on the law’s results.

The arguments are taking place against the backdrop of the 2020 election, in which there was a massive increase in early voting and mailed-in ballots because of the pandemic. Trump and his Republican supporters challenged the election results by advancing claims of fraud that were broadly rejected by state and federal courts.

But many Republicans continue to question the election’s outcome, despite the absence of evidence. GOP elected ofﬁcials have responded by proposing to restrict early voting and mailed-in ballots, as well as toughen voter identiﬁcation laws.

The challenged Arizona provisions remained in effect in 2020 because the case was still making its way through the courts.

But Brnovich said last year’s voting is another reason the justices should side with the state. “I think part of the lesson of 2020 was that when people don’t believe that elections have integrity or that their vote is being protected, it will lead to undermining the public’s conﬁdence in the system,” Brnovich said.

Civil rights groups said the court should not use this case to make it harder to root out racial discrimination, which “still poses a unique threat to our democracy,” as the NAACP Legal Defense and Educational Fund put it in a brief.

Nearly 75 businesses, including PayPal, Levi Strauss and Impossible Foods, joined in a brief urging the court to “fully preserve the Voting Rights Act.”

The Justice Department will not be part of Tuesday’s arguments, a rarity in a voting rights case.

The Trump administration backed Arizona. The Biden administration, in a somewhat cryptic letter to the court, said this month that it believes “neither Arizona measure violates Section 2’s results test,” but doesn’t like the way its predecessor analyzed the issues.

The suggestion from the new administration could give the court a narrow way to uphold the Arizona provisions without making any signiﬁcant changes to voting discrimination law. A decision is expected by early summer.

Previous post A giant among lawyers Harold Long dies at 73