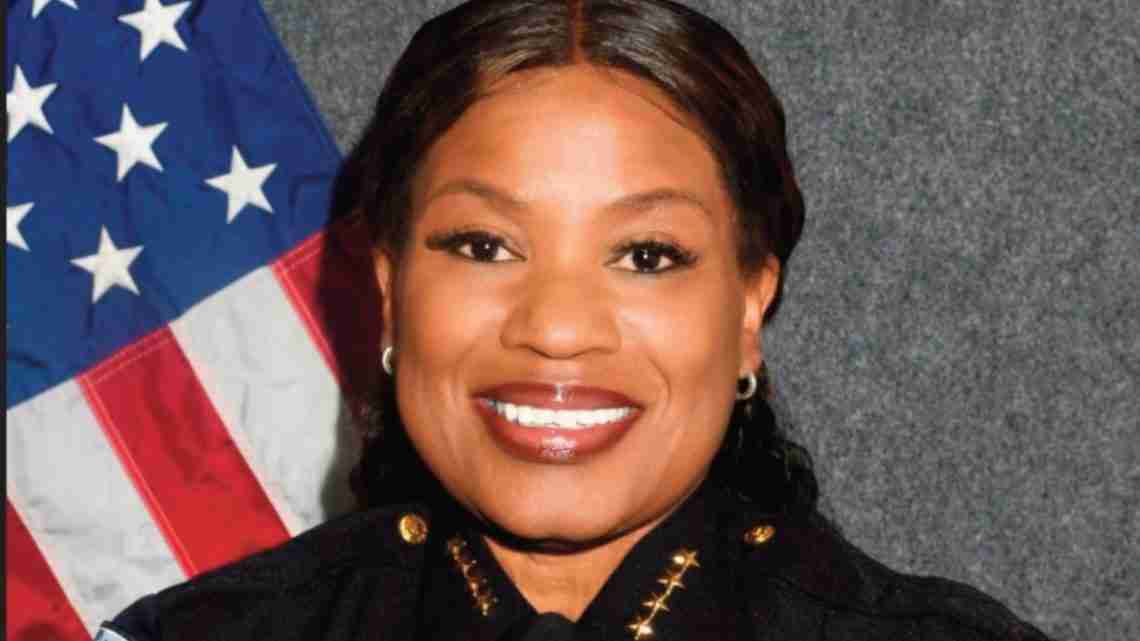 Miami, Fla. – North Miami Beach Police Chief Harvette Smith’s law enforcement career took her from being a secretary for the police department to becoming the ﬁrst Black woman to lead the department in the city’s 91-year history.

At the helm for less than two months, Smith is adjusting to her new role of leading over 101 sworn police ofﬁcers to serve over 45,000 residents.

But leadership is nothing new to Smith’s 32 years on the police force.

She served as interim police chief in 2022 replacing Richard Rand who announced his retirement in November 2021.

In 2001, Smith led a team created by former police chief William Berger that helped put the NMBPD on the map as the ﬁrst law enforcement in MiamiDade County to earn the national accreditation from the Commission on Accreditation for Law Enforcement Agencies.

In addition, after the NMBPD was recognized as the ﬁrst law enforcement agency to receive “Excelsior” status from the Commission for Florida Law Enforcement Accreditation three consecutive times, Smith has been recommended by various law enforcement agencies to help with their respective mock assessments as part of her reputation.

She said it was the most challenging aspect of any organization.

Moving up the ranks wasn’t an easy task especially for a Black woman, but Smith overcame obstacles to earn her sergeant and captain badges.

The department didn’t have to look far for Rand’s replacement, as Smith earned the recognition of hard work and dedication throughout her law enforcement career by her peers.

Smith said being the ﬁrst Black police chief for North Miami Beach is an opportunity for young girls to break color barriers in any profession.

“To me that means that it opens the doors for so many young girls today, to let them know that the sky’s the limit. You can do anything you want to do,” she said.

Smith is already familiar with the challenges facing the city such as gun violence, violent crime and mental health issues.

The ﬁrst step in tackling the issues is developing a partnership with the community.

“I want to bring in stakeholders and know what their ideas are,” she said. “Next thing I want to get to my command staff. We need to make some changes in the agency and start doing more impactful things in ﬁghting crime in the city of North Miami Beach.”

Smith said she started her law enforcement career as a clerk typist with the police department in 1990 but wanted to pursue a career as a police ofﬁcer.

She became a police communications person for the department in 1993 before she started training at the academy and graduated in 1998.

Smith worked in the uniform patrol division patrolling the streets of North Miami Beach, and in 2001, Smith began her long and respected relationship with compliance and accreditation.

In 2018, Smith was promoted to the rank of police sergeant in the department’s administrative division, where she oversaw the Accreditation Unit, Property and Evidence Unit, and the Grant Administration Unit.

She later was promoted to captain and now police chief.

Smith is a graduate of Miami Central Senior High School and earned her Bachelor’s of Science degree in Criminal Justice from Union Institute and University.

“It’s breaking a lot of barriers,” her sister Marlow Sears-Descally said. “The sky’s the limit. This job she has right now is normally taken on by a male and she’s the ﬁrst African American female for North Miami Beach.”

U.S Congresswoman Frederica Wilson, who was in attendance at Smith’s ceremony, said she’s the perfect example of reaching new career heights despite color.

“I was overjoyed to visit the City of North Miami Beach Government for the celebration of their ﬁrst female African American Police Chief, Harvette Smith,” Wilson said. “With each glass ceiling broken, we celebrate our progress and the promise of strengthening the bonds between law enforcement and their communities.”

Smith is married to NMBPD retired Sergeant Tyrell Smith and has four children and nine grandchildren.