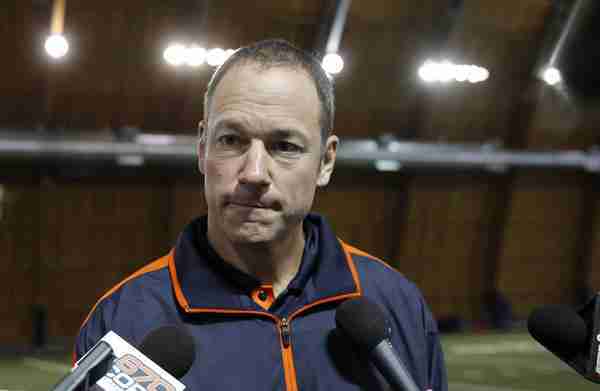 The State Attorney’s Office filed a motion Friday to drop a charge of battery that caused bodily harm.

The Walton County Sheriff’s Office says Kromer was arrested earlier this month after he confronted two boys, pushing one to the ground and punching him.

A statement from prosecutors, provided to The Associated Press by the Northwest Florida Daily News (http://goo.gl/l5d5xr ), said the boys’ parents requested charges be dropped to prevent further disruption to their lives.

Kromer joined the Bills in January after being fired from the Chicago Bears. He was placed on paid leave shortly after his arrest. His whereabouts weren’t immediately known to obtain comment.

There was no immediate comment by the team. Despite the development, Kromer still faces potential disciplinary action by the Bills.

Next post Jets rookie Devin Smith breaks ribs, to miss most of camp