Young generation no slouches at volunteering 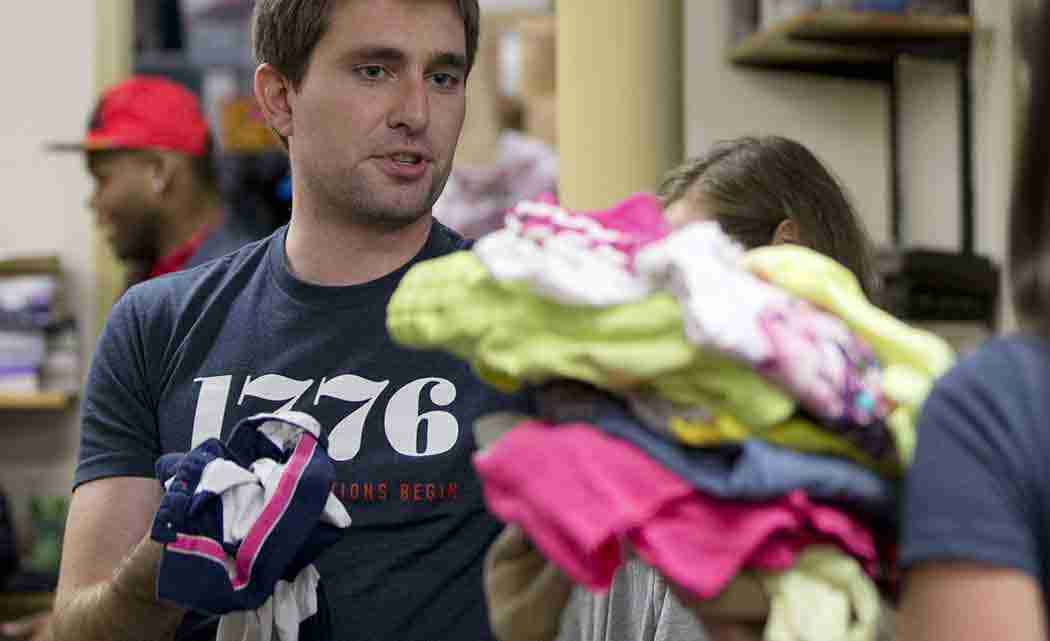 Well, here’s a comeback: Today’s young Americans are more serious about giving back than their parents were.

In fact, those under age 30 now are more likely to say citizens have a “very important obligation” to volunteer, an Associated Press-GfK poll finds.

The embrace of volunteering is striking because young people’s commitment to other civic duties — such as voting, serving on a jury and staying informed — has dropped sharply from their parents’ generation and is lower than that of Americans overall.

Among six civic activities in the AP-GfK poll, volunteering is the only one that adults under 30 rated as highly as older people did.

“I want to make my city where I live a better place,” Morgan Gress, 24, of Washington said after sorting and hanging donated clothes with co-workers who chose to volunteer in lieu of an office holiday party. After you volunteer, she said, “You never walk away feeling you didn’t have a great time, or help someone out, or learn something new.”

Today’s young adults grew up amid nudges from a volunteering infrastructure that has grown exponentially since their parents’ day, when the message typically came through churches or scouting.

Gress doesn’t find it unusual that her employer, a hub for tech startups called 1776, encouraged workers to sort clothes at Bread for the City during office hours. Most of her friends work at companies with some sort of volunteer program, she says. Community service was required at her private high school in Buffalo, New York, like many other schools across the country. Volunteer opportunities were plentiful as a student at American University.

In the decades since President George H.W. Bush championed America’s volunteer groups as “a thousand points of light” at his 1989 inaugural, the number of nonprofits has skyrocketed. The Martin Luther King Jr. holiday and Sept. 11 have become days of service. Individuals launch community projects through social media, instead of hanging posters and making phone calls.

Twenty percent of adults under 30 volunteered in 2013, up from 14 percent in 1989, according to census data analyzed by the Corporation for National and Community Service. It seems likely that the Millennials’ volunteering rate will climb higher, because past generations have peaked in their 30s and 40s, when many parents give their time to schools, youth groups or community improvements.

“We’re on the crux of something big, because these Millennials are going to take this spirit of giving and wanting to change communities and they’re going to become parents soon,” said Wendy Spencer, CEO of the Corporation for National and Community Service. “I am very encouraged by what we’re seeing.”

The vast majority of Americans believe citizenship comes with an array of responsibilities. But the strength of that conviction has weakened since the General Social Survey asked about obligations of citizenship in 1984.

Seventy-seven percent say reporting a crime you witness is very important, down from 90 percent three decades ago in the survey conducted by NORC at the University of Chicago. Three-quarters call voting in elections very important, about the same as in the 1984 survey, though only about 36 percent of eligible voters cast ballots in November’s midterms.

The biggest decline among the six obligations tested? Keeping fully informed about news and public issues. A majority — 56 percent — of Americans considered that very important in 1984; now only 37 percent think so.

Young adults are even less interested in keeping up. Despite unprecedented access to news and information, 28 percent feel no obligation to stay informed.

A similar number say there’s no obligation to volunteer, but the trends are moving in opposite directions.

Peter Levine, associate dean for research at Tufts University’s college of citizenship, said while the nation was building up its institutional support for volunteering, many of the organizations that promote political and civic involvement, including labor unions, churches and newspapers, were shrinking.

Could experience gained while volunteering lead more young people to other civic roles, such as banding together to solve local problems, following national issues or joining political parties?

There are some positive signs.

Kaleigh Gordon, a junior at the University of Southern Mississippi, has a history of volunteering but says she hasn’t followed politics much because “there’s so much negativity.” Now, a trip to Washington to help care for homeless people has her thinking about how to solve some of their underlying problems, such as untreated mental illness.

“This is different from anything I’ve done before. It’s been very shocking,” Gordon, 21, said before serving lunch at So Others Might Eat. “The government should do more — we need more funds — and people in the community need to be stepping up to do more, too.”

But Rutgers University Professor Cliff Zukin, who studies civic engagement, sees little prospect that volunteering will lead to a strong return to political participation and other civic virtues that were in decline well before today’s young adults came of age.

“They’re starting at a very, very low point,” he said. “And each generation seems to have peaked at less than the previous generation.”

The AP-GfK Poll of 1,044 adults was conducted online July 24-28, 2014, using a sample drawn from GfK’s probability-based KnowledgePanel, which is designed to be representative of the U.S. population. The margin of sampling error for all respondents is plus or minus 3.4 percentage points.

Respondents were first selected randomly using phone or mail survey methods and later interviewed online. People selected for KnowledgePanel who didn’t otherwise have access to the Internet were provided access at no cost to them.