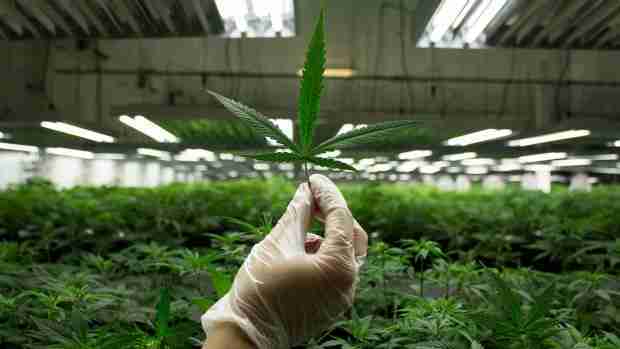 By KRISTEN WYATT
DENVER (AP) _ Microscopic bugs and mildew can destroy a marijuana operation faster than any police raid. And because the crop has been illegal for so long, neither growers nor scientists have any reliable research to help fight the infestations.

As legal marijuana moves from basements and backwoods to warehouses and commercial fields, the mold and spider mites that once ruined only a few plants at a time can now quickly create a multimillion-dollar crisis for growers. Some are turning to industrial-strength chemicals, raising concerns about safety.

Pesticides and herbicides are regulated by the federal government, which still regards almost all marijuana as an illicit crop, so there’s no roadmap to help pot farmers. Chemists and horticulturalists can’t offer much assistance either. They sometimes disagree about how to combat the problem, largely because the plant is used in many different ways _ smoked, eaten and sometimes rubbed on the skin.

“We have an industry that’s been illegal for so many years that there’s no research. There’s no guidelines. There’s nothing,” said Frank Conrad, lab director for Colorado Green Lab, a pot-testing lab in Denver.

In states that regulate marijuana, officials are just starting to draft rules governing safe levels of chemicals. So far, there have been no reports of any human illness traced to chemicals used on marijuana, but worries persist.

The city of Denver this spring quarantined tens of thousands of marijuana plants at 11 growing facilities after health inspectors suspected use of unauthorized pesticides. Some of the plants were later released after tests revealed the pot was safe, but two producers voluntarily destroyed their plants. Eight businesses have still at least some plants in quarantine.

In Oregon, a June investigation by The Oregonian newspaper found pesticides in excess of legal limits on products ranging from marijuana buds to concentrated marijuana oils. Other pesticides detected on the marijuana are not regulated by Oregon’s marijuana rules, meaning that products containing those chemicals still can be sold there.

The U.S. Environmental Protection Agency, which decides which pesticides can be used on which crops, just last month told Colorado and Washington authorities that they could apply to have some cannabis-related chemicals approved through what’s called a “special local need registration.” But that process could take years.

Colorado and Oregon require retail marijuana to undergo testing for pesticides and other contaminants. But as the Oregon investigation showed, the testing regimes are imperfect. And Colorado hasn’t yet implemented requirements for retail pot to undergo pesticide testing because of regulatory delays.

Washington state is still working on its pesticide rules. The nation’s largest marijuana producer, California, has no regulations at all for growing commercial pot.

“It’s a lot more difficult than it sounds, and it’s expensive,” Washington Liquor Control Board spokesman Brian Smith said about testing for pesticides.

As a result, unscrupulous pot growers can use banned chemicals with little chance of being caught.

“We were taken by surprise, this whole pesticide issue,” said Ashley Kilroy, Denver’s director of marijuana policy. She was talking to a room of about 200 pot-industry workers invited to lunch earlier this month to learn about pesticide quarantines and rules.

What the growers heard wasn’t encouraging.

“There is no federal agency that will recognize this as a legitimate crop,” said Whitney Cranshaw, a Colorado State University entomologist and pesticide expert. “Regulators just bury their heads, and as a result, pest-management information regarding this crop devolves to Internet chats and hearsay.”

Marijuana growers are indeed guessing when they treat their plants.

For example, one of the chemicals cited in the Denver quarantines, a fungicide called Eagle 20 EW, is commonly used on grapes and hops but can become dangerous when heated and is banned for use on tobacco. No research exists on whether the fungicide is safe to use on pot that will be eaten.

Several pot growers interviewed by The Associated Press agreed that research is needed on pesticides for pot. But they pointed out that pesticides are widely used on food crops, and that weed consumers have never before had as much information about the marijuana they buy.

“It’s just like broccoli or spinach or peaches or anything. The plant is susceptible to certain pests,” said Gabriel Fairorth, cultivation manager for Denver’s Herbal Remedies.

“If you have all these chemicals that are safe on products you eat, but you can’t use them on marijuana, I don’t know that I agree with that.”

The founder of the nation’s oldest marijuana-legalization advocacy group, Keith Stroup of the National Organization for the Reform of Marijuana Laws, or NORML, pointed out that regulators today are at least starting to look at marijuana safety.

In the 1980s, the federal government used an herbicide called paraquat to kill illicit marijuana crops, even though the poison had been banned from national forests because of environmental concerns. NORML complained to the White House that some of that weed survived and was turning up on the street.

“The response was, `It’s illegal and we don’t have an obligation not to poison it,”’ Stroup recalled. “No one was taking us seriously.”

Recent actions by states with legal weed have been encouraging, if slow, he said.

“The idea that it’s been on the black market and people are fine so therefore we don’t need testing is absurd,” Stroup said. “No one would want to be using a product that has molds or pesticides.”