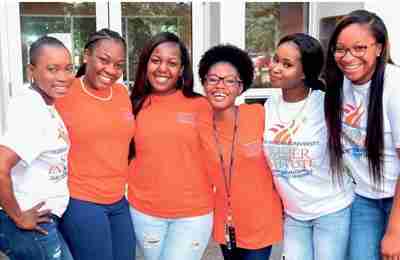 MIAMI GARDENS, Fla.- While enrollment at many of the nation’s Historically Black Colleges and Universities (HBCUs) is declining, South Florida’s only HBCU, Florida Memorial University (FMU) saw its freshman class size grow to 498 students. The FMU class of 2020 boasts 100 more enrolled students than the previous year – making this FMU freshman class the largest in six years. The students have completed their first week of classes for the 2016-2017 academic year.

University President Roslyn Artis credits FMU’s summer orientation program that allowed parents and students to work on testing, advising and fiscal clearance as part of the reason for the enrollment in- crease. “For the first time this year we started orientation as early as June to allow parents and students an opportunity to get organized, get cleared and get ahead,” Artis stated. “I commend the outstanding efforts of our Student Affairs team for their diligence in recruitment and professional, high quality customer service that they extended to all of our families and students.”

FMU is not only focused on increased enrollment, the Miami Gardens based institution is also working to make certain that its students not only graduate, but that they graduate in four years. A 2015 U.S. Department of Education study of enrollment trends (2010-2015) among Historically Black Colleges and Universities (HBCUs) finds that overall enrollment is declining.

To address this trend plaguing HBCU’s, FMU is not only focused on recruitment, but on retention and the successful matriculation of all FMU students.

For example, FMU continues its efforts to build a freshman experience that extends beyond a one-week orientation to include a year-long program, FMU 101. The curriculum for FMU 101 incorporates workshops, seminars and academic support for the students from within the University through the Academic Resource Center (ARC) and the Center for Advising. FMU 101 supports new students in the acclamation to collegiate life – academically and socially.

The first week of classes also included an award bestowed upon Florida State Senator Dwight Bullard. On Friday, Dr. Artis presented the FMU President’s Honor Roll Award to Florida State Senator Dwight Bullard (D) for his continued efforts as an advocate for Higher Education in Florida. Earlier this year, the Independent Colleges and Universities of Florida (ICUF), of which FMU is a member, recognized a coalition of Florida legislators, including Sen. Bullard, for their commitment to Higher Education, and specifically, for their efforts in prioritizing funding for the Florida Residents Access Grant (FRAG) program. Sen. Bullard is also a member of the Appropriations Subcommittee for Education.

“The work of Florida legislators like Sen. Dwight Bullard, who kept the FRAG program funded and a legislative priority, helped to make college a reality for many Florida students and parents,” Dr. Artis shared. “There was no question that the recipient of the President’s Honor Roll Award would be Senator Bullard.”