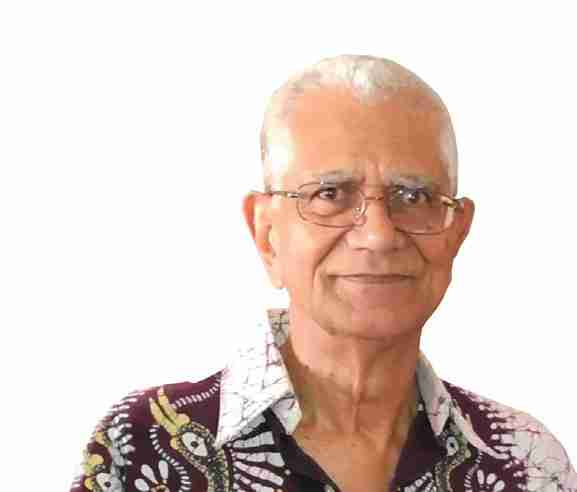 The United Nations Security Council, which the victors of the so-called second world war created to maintain world peace and stability, is so undemocratic that any one of the ﬁve permanent members can veto any proposed binding resolution even if it is supported by the eight billion people in the world comprising 193 nations. As of this May, Wikipedia indicates, the veto has been used 265 times: Russia/Soviet Union, 121; United States, 82; United Kingdom, 29; China, 17; France, 16.

In many cases, countries invoked vetoes to advance purely national interest. The United States, for example, regularly blocks resolutions critical of Israel. Russia vetoed a resolution condemning its annexation of Ukraine’s Crimea. Some countries have cast vetoes even in the case of wars, genocide and ethnic cleansing and other human rights violations, including horriﬁc sexual abuse of women and girls.

In fact, wars have killed 108 million people in just the 20th century. Some 89.3 million have been displaced, including 27 million forced to become refugees — more than one in two of them children under 18. The situation is so dire that, for example, the U.N. reported some starving Yemeni children have gnawed at their hands.

Vetoes paralyzed the U.N. in the face of the 1994 Rwandan genocide, in which 800,000 mainly Tutsis were slaughtered. In the Serbian attack on Bosnia,101,000 mostly Bosniaks died or disappeared. The Islamic State killed more than 5,000 Yazidis. Saudi Arabia and allies continue to bomb Yemen, killing around 377,000 people.

Making the council democratic is one of two existential issues which the U.N. faces. The other is the lack of geographic representation in the council’s permanent membership to reflect the changes which have taken place in the last three-quarter century. In particular, independence for scores of colonized countries has increased the U.N.’s overall membership from 50 to nearly 200. Africa, home to 54 of those countries, is not a council permanent member, though some African states have served as non-permanent members — without the veto. For years, they have demanded at least one or two permanent seats to allow the continent to influence Security Council deliberations and help shape world affairs.

The U.N. should be reformed “not only to better reflect the current global realities but also to ensure that it enjoys genuine legitimacy,” Goodluck Jonathan, then president of Nigeria, told the General Assembly session 10 years ago. Electing an African country to the council’s permanent membership will not automatically make it democratic but it could mark the start of the process of reformation. There is widespread support for that position.

Speaking at the Tokyo International Conference on African Development in Tunisia on August 25, Prime Minister Fumio Kishida of Japan, which is also seeking a permanent-member seat, expressed his country’s “determination to redress the historical injustice against Africa of not being represented through a permanent membership on the Security Council.” Similar comments have come from Latin America, the Caribbean, Asia and the Paciﬁc and elsewhere.

Only the U.S. has been hesitant, its U.N. representative saying Washington is “open to a modest expansion in permanent and non-permanent categories as long as it does not diminish the Council’s effectiveness or impact veto power,” a U.N. statement said. That position was stated during the Donald Trump presidency and President Joe Biden could change it. But Biden’s foreign policy is focused on ending Russia’s invasion of Ukraine and there he does not have Africa’s full backing. Only 28 African states voted for a U.N. resolution during a U.N. emergency session on March 2 condemning Russia and calling on it to withdraw its troops, compared to 81.29 percent of non-African nations, the Brookings Institution reported. Seventeen of the 35 states which abstained were from Africa.

South Africa, in particular, has good reason for not criticizing Russia. Until ﬁve years before his death, the U.S. ofﬁcially designated Nelson Mandela and his African National Congress terrorists. But Russia, in its Soviet Union incarnation, was among the strongest allies of South African liberation forces ﬁghting to end European minority rule and its racist apartheid system, Al Jazeera noted.

Biden is scheduled to meet this Friday, Sept. 16, with South Africa’s President Cyril Ramaphosa and host a U.S.-Africa leaders’ summit in December. There is no indication that the U.N. will be on either agenda but it will not be surprising if the Africans raise the matter.

The meetings could usher in a new relationship with the continent which the U.S. desperately needs because Africa has the second largest deposits, after China, of rare elements critical to technological development. Endorsing a permanent council seat would go far to strengthen U.S.-Africa friendship. African Americans, who have not been nearly as vocal as they should be in voicing support for the continent, should press Biden to do so.