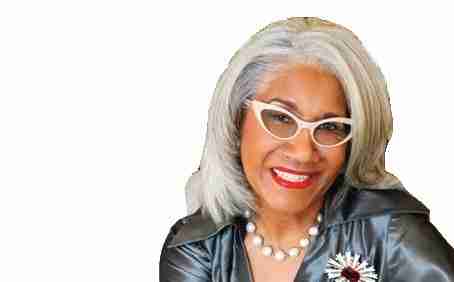 Shouting matches, ﬁghts, and/or ominous threats to use extreme violence erupt during one-on-one discourse, around the dinner table, and/or in the public square. Some have opined that the Jan. 6 insurrection was a harbinger of things to come in the not too distant future.

I say, the future is here.

It has become acceptable to embrace the notion that we are such a deeply divided country, beyond the point of healing, that it may be time to just settle in our individual bunkers to await the inevitable war: literally, an armed confrontation between opposing groups.

Of course, some of us will eagerly join the frontlines of the new civil war on one side or another. And since there are enough guns to outﬁt every man, woman and child in America, with no shortage of ammunition, blood will flow everywhere. Oh, how uncivil.

The terrain of the battle will not be limited to the cities, the suburbs, or the plains. Some of the sharpest rhetoric is coming from wide-open spaces (see Wyoming for example), as well as from densely-packed urban areas, but I fear that those of us in the middle, politically and geographically, will be most impacted; collateral damage.

I don’t fear that I will actually be shot or taken hostage, but I do worry that the deepening lines of division have become so hardened that I will be prevented from exercising all my rights as a citizen; restricted in my movement.

And there’s that word again: citizen, which used to mean that as an American, and a registered voter, I had the right to participate, openly and freely, in all matters involving the greater polity, i.e., to vote with conﬁdence, to express my ideas without threats to my person, to move about the entire territory of the United states without hesitancy. (Even though there are still vast areas of the nation that, as a Black person, I’ve never felt comfortable travelling through, during the day or night).

Aside from direct gun violence, I know that “big brother”, little brother, and the trolls on social media are watching, using perverted surveillance over the free marketplace of speech, ideas, movement and personal agency.

And those “watchdogs” are a menace under the current dominance of their distorted point of view: their way, or no way to rule the people from the Supreme Court down to elected local school boards.

For example, one of the biggest losses in this land of the free, is to women who may no longer have rights to reproductive health, which includes the choice to medical care in order to terminate pregnancies.

This increased and impervious scrutiny and all-pervasive peep into our most intimate lives, our personal and/or business ﬁnances, our sexual preferences, our fertility choices, our political thoughts and behavior, our buying habits, and even our ‘posts’ on social media, is unacceptable!

Yet, we cannot escape the prying eyes of watchful bureaucracies, public and private data-mining entities, or even nosey neighbors.

What’s a person to do?

We know how over the many years since the new republic was formalized, many laws and amendments to original laws have been adopted. For example, I, a Black woman can now vote. That only took 143 years!

The list of amendments, or “corrections” to the original guiding principles and laws is long, and growing longer since the country no longer looks like the original people.

And therein lies the rub; the original descendants (inherited or adopted) are now in a ﬁght, some to their death, to maintain their former perceived superiority: White, Anglo-Saxon and Scots men who had the right to own other people as property; including their White women and children.

So, after nearly 150 year of emancipated status, how can we be Black, progressive, conservative, right wing, left wing, liberal, patriotic Americans, vying for our equal place in all sectors of society, as Republicans, Democrats, Independents, et al?

Whichever, I urge you, even if you must take your guns out later, to show up to the debate at the ballot box and VOTE, Vote, vote. Toniwg1@gmail.com