The irony: educational financial aid creates a benefit and burden for minorities 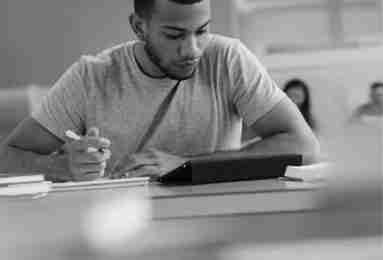 As we wince at the possibility of another financial calamity, we must examine where black people stand economically following the Obama presidential tenure. Although the nation experienced tremendous economic growth and stability during the Obama years, race relations became more contentious, especially in terms of economic equity. The wealth gap has widened with the proverbial rich getting richer and the poor getting poorer. Historically, most minorities in the United States have always belonged to the latter category.

The Kaiser Foundation and CNN explored the economic condition of America in 2015 in the study “Race and Reality in America.” Although the American dream was reportedly easier to achieve for the current generation than the previous one, increased opportunities unfortunately have not offered more food on the table for Blacks and Hispanics. The respondents of the study said that even a college degree has not led them to a higher economic status and greater wealth. The reasons cited for weak economic gains are:

1.The wealth gap between whites and minorities has not changed in 40 years; whites have approximately 10 times the wealth as blacks and Hispanics.

2. Most Caucasians (71%) have significant wealth tucked in home equity; blacks (42%) and Hispanics (46%) are still primarily renters.

3. The unemployment rate for blacks is estimated to be about 9% compared to 6% for Hispanics and 4% for Caucasians.

Education and training are essential resources for minorities to compete in the job market. Our ancestors fought for the right to learn to read and write as a means of gaining access to the American dream. Many of us secured diplomas, certificates, and degrees from community colleges, universities, and training institutes, funded by federal and private student loans. Yet, some say that the unique financial resource that furnished our education is the same deterrent that prevents us from tasting the American pie.

Credit card debt can be discharged in bankruptcy but student loan debt remains until death. When mortgage lenders underwrite student loan debt, they include the largest regular payment regardless of forbearance, deferment, alternative repayment plans, or other circumstances due to the high default and delinquency rates. Cooper and Wang, Federal Reserve researchers, suggest that student loan debt prevents borrowers from saving or investing due to the excessive debt service burden as compared to discretionary personal income.

Some social advocates now view student loan default as a social justice issue. The Washington Center for Equitable Growth and over 40 public civil rights groups sent a letter in 2016 to the Justice Department raising a concern that student loan debt unfairly and disproportionately harms minorities.

The intended outcome was to convince the government to halt wage garnishments, fees, tax penalties and other onerous collections practices, given the economic elevation loan purpose and the financial status of the borrower. Adding insult to injury, students who must drop out of college for external reasons must still repay the loan without the presumptive income boost from gainful employment. Should there be a “0” interest rate? Why aren’t more professions exempt from repayment? Why isn’t the grace period longer than six months on Stafford Loans? Is this two-steps forward and two steps back economics? This matter would not be a racial conversation if there were not such a vast disparity in economic outcomes between educated African Americans and Caucasians.

According to the National Center for Educational Statistics, black women are the most educated group by race and gender in the United States (2016). Black women also have the lowest incomes of any demographic sector, with respect to their superior educational achievement. When black women suffer, a negative ripple effect permeates the entire community with damaged personal and institutional relationships. Therefore, if student loans are the primary funding tool for the educational pursuits for black women, (intended to help them rise above generational poverty), but student loan re- payment policies impede economic growth, then the intended purpose is contaminated by the resultant policy execution.

Educational equity must be at the top of our “must do” list when evaluating legislators on the local, state and national level. We must actively advocate for economic equity for student loan recipients; education should facilitate prosperity, not chain borrowers to poverty. Through our churches, social, professional, and civic organizations, we must inform and vote for those representatives who understand and empathize with this dilemma, and are willing to fight for our future. The regulations must be rewritten to address and repair the inherent racial disparity, which presently prevents minorities from tasting the fruit of the educational harvest.

As we face the objectionable behavior of the Trump administration, economic strategies to stabilize our community must employ grass roots, bottom-up movement. When those who have never borrowed to attend college, buy a home, or used lay- away for Christmas gifts, are in charge of national educational policy, black people, especially black women, must resist. Let us revere, respect and mimic the educational do-or-die battle executed by historic leaders including Mary Mcleod Bethune, Anna Julia Cooper, and Mary Church Terrell. The future of the black community depends on the decisions we make today; education and economics must remain our focus until we achieve true parity.